where are things up to in the heartland?

WARNING: Contains race spoilers for those that haven't caught up on the DVD action yet!

Post wise, things have been pretty quiet on the Euro cross front. However, my race watching has continued apace with the downloads from Newsbin coming thick and fast.

In terms of English riders in the women's field, things are looking good over in that little house in Tielt-Winge, Belgium, residence to the Wyman's (as well as Gabby Day and Ian Field). They all seem to be pushing each other hard in training and Helen has come up with some cracking results in the really tough races like Koppenberg (2nd) and Namur (3rd). Only a matter of time now before a really big win in a WC or SP race, Helen...........there have been some wins already in other races including this weekend in Germany following a training break in Portugal. Chapeau!

In the Elite men field, the early season left me somewhat deflated as it seemed that Prince Albert was holding court and no-one dared challenge his title. However King Nys has returned to battle for the crown and there is a new pretender to the throne (enough Royal metaphors there I think!).

Certainly it looked like Niels Albert was going to run away with the season after back to back wins, emphatic in their nature. With Bart Wellens going man down with illness as well, the list of possible riders who could challenge Albert seemed thin on the ground - Nys was out of form, Stybar not quite there and Klaas Vantornout and Kevin Pauwels going well, but not well enough. 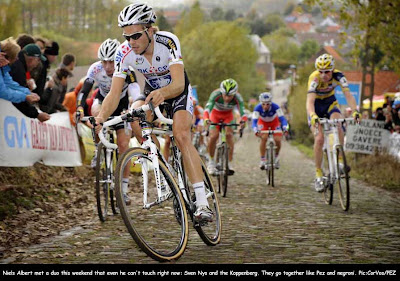 Albert's trademark tactic of a blistering attack very early on and a subsequent solo ride to victory has been countered by the others, and he has had some problems too at the start in other races. Either way, he looks more vulnerable now and especially on the technical courses requiring either descending or ascending skills or both. He was simply outclassed at Jaarmarkt and Gavere by Nys who remains the best of the peloton at retaining forward motion when the ground gets tricky. Though Albert did win Gavere, Nys looked much the better rider before his puncture. 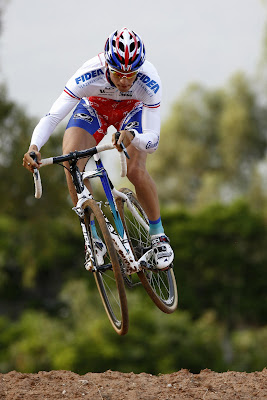 Stybar took his time to get up to the speed of Albert and at times, Nys too, but after several recent 3 man showdowns in the final stages of the race, it was only a matter of time before he found the line first and this weekend he did so in emphatic style wining the double header of GVA and Superprestige races. Albert was once again found wanting in technical sections over the weekend, and a certain desparation has come into his riding - he is no longer able to break away at will and ride away. It would seem that he is running out of tools in his toolkit at the moment?

Stybar has developed a much more mature style - hanging back much of the time, sometimes giving the impression he is struggling and at times letting Albert (and others) burn too many matches with attacks that are brought back. He is less impetuous, less emotional and at the moment looking the better rider for me. I think he has been observing Nys, who although strong on blistering attacks is no one trick pony, and Stybar I feel has been learning from the old pro. I was pleased, nay excited, to see his wins this weekend as they signal a confirmation for me that this could be turning into the most exciting season for years - Albert, Nys and Stybar are confirmed winners but Bart returns very soon and Kevin Pauwels I feel, could be due for a win when conditions turn rough and the going super technical. Pauwels is super quiet and reserved but super dogged in a racing situation. He picked up a big win last season, and I look forward to more from him. 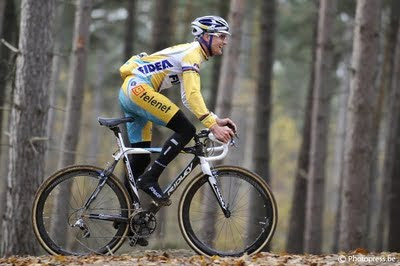 We are heading into the 'classic race' period with Koksijde, Overijse and Essen and the Christmas race fest to come including the trilogy of Diegem, Loenhout and Baal. Missing in action though to my great disappointment is the monster sand and mud fest that is Hofstade, scene of some epic racing and epic weather. We could be in for a treat if all three raise their game for this campaign and set us up for a superb Worlds in the fozen wastes of Tabor.
Posted by crossjunkie at 13:00