A family holiday to the north of the Netherlands, to a city where the per capita use of bikes is allegedly the highest in the world, seemed like a good excuse to load the car with the full compliment of family bikes and go Dutch style..

Our base, at friends, was in Groningen, not too far from the German border and in a traditional part of the Netherlands. Got a stereotype image for Holland? We ticked them all, apart from tulips. 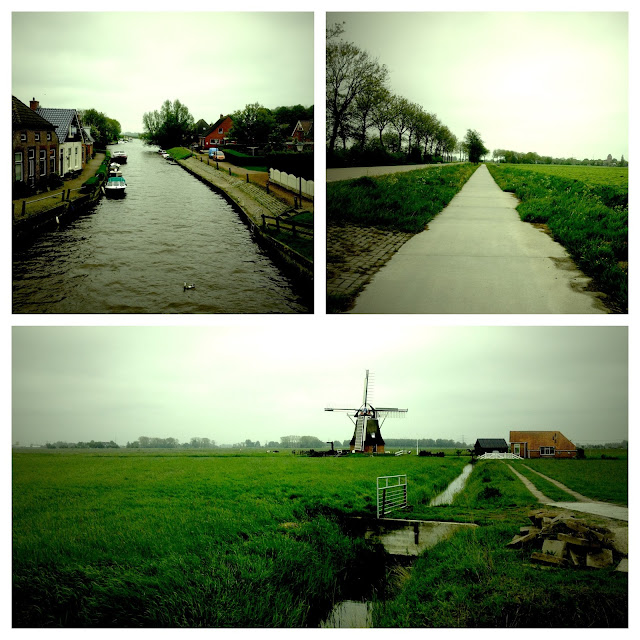 It is flat, eye openingly flat. It is windy, constantly so. The people are tall, the girls often blond. Everywhere is neat, straight, criss-crossed with canals and there are definitely windmills.

And then there are the bikes. They are simply everywhere and used by everybody. Riding out early on a Monday morning into the countryside from our hosts, I came to the first major bike path on the local A road and ran into what can only be described as multiple 'flotillas' of cyclists. Mostly college/school students with some commuters, they rode in groups, 4 or 5 long and two abreast. Chatting, laughing, texting, one handed. Like a clubrun of experienced riders, but with bags, panniers, casual clothes and a complete mastery of their mode of transport. For someone used to riding into work and seeing the odd grizzled fluoro-jacketed factory worker returning from a night-shift or dragging himself into work, it truly was an eye opener indeed. 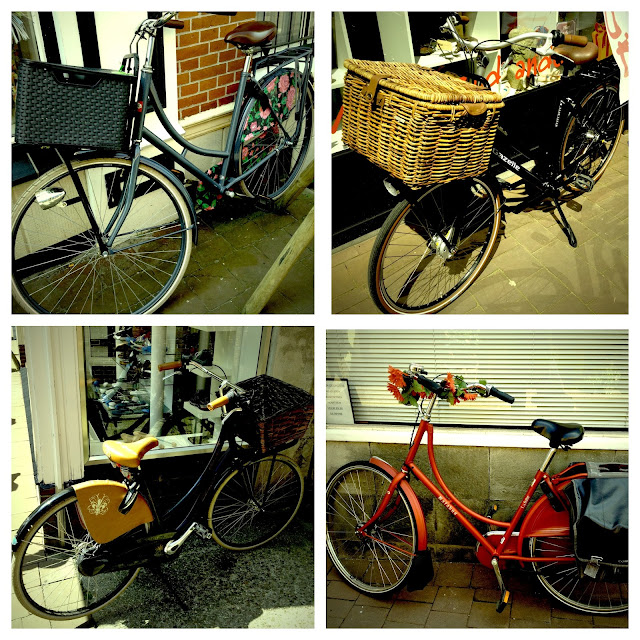 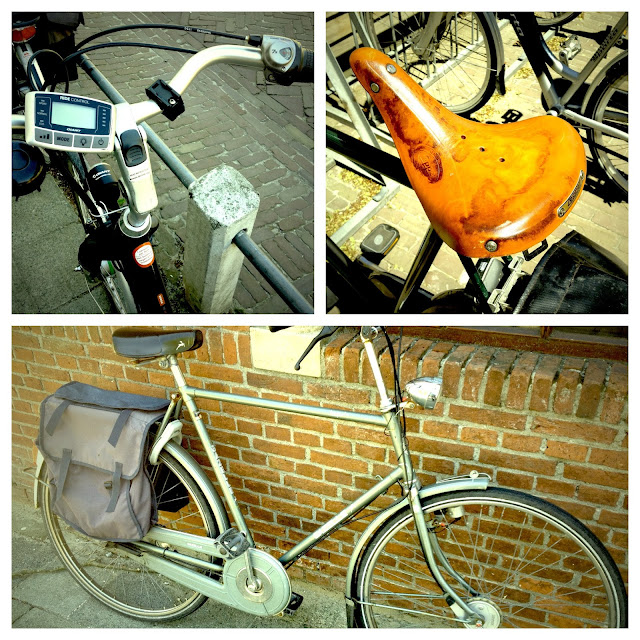 Later in the trip I participated in the two-wheeled school run for our host's kids - to find that the rest of the (primary) school arrived on bikes too, leading to the largest collection of two-wheeled transport I have ever seen in one place. For one school.

Shopping, as well as the school run was accomplished on the 'bakfiets' - a two wheeled box big enough for 4 kids bolted to a normal Dutch bike. Heavy but surprisingly manoueverable, I had fun loading up with a selection of mine and borrowed kids and going beer, I mean essentials, shopping with ease. 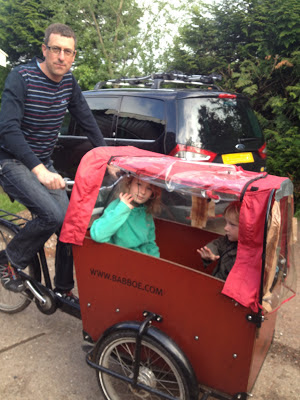 I asked our hosts if the numbers and usage diminished in winter or in bad weather, and I got a slightly quizzical look which answered my question. People have well-suited bikes, clothing to match and an attitude of stoicism when it comes to the weather.

This was in evidence on the 2 family Sunday ride we did to a local village and cafe where 15km into a brisk headwind didn't phase the Dutch half, even if it presented problems with cold hands for my littlest. They just got on with it, warmed up with hot chocolate and blasted back home after. 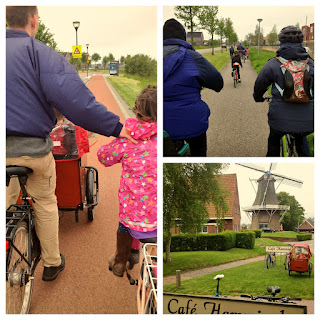 My own training rides were unique in flavour - headwinds there are steady but not depressing and assuming you plan well, the returning tailwind is a thing of pure animal satisfaction. I hadn't ridden that fast on the flat since the last group crit race I had done. The wind is ever present and during winter I am sure can become nearly untenable, but it is constant rather than gusting and therefore allied with the flat terrain, allows you to chose a gear and effort to suit, and just get into the groove. More pleasingly, I rode for mile after mile, or rather km after km, on purpose built bike paths, usually on BOTH sides of a road, often with 2 lanes on the path itself and with utter deference and respect from the motorists whom I came into contact with. I hadn't realised how relaxing riding at speed could be, without traffic and surface hazards to sharpen the senses. The roads in that region, and the rest of the country I believe, are in incredibly good condition. In the Groningen region at least, revenue from natural gas reserves are used to keep them in such good condition. I saw one pothole in the whole trip, on the motorway near Amsterdam. 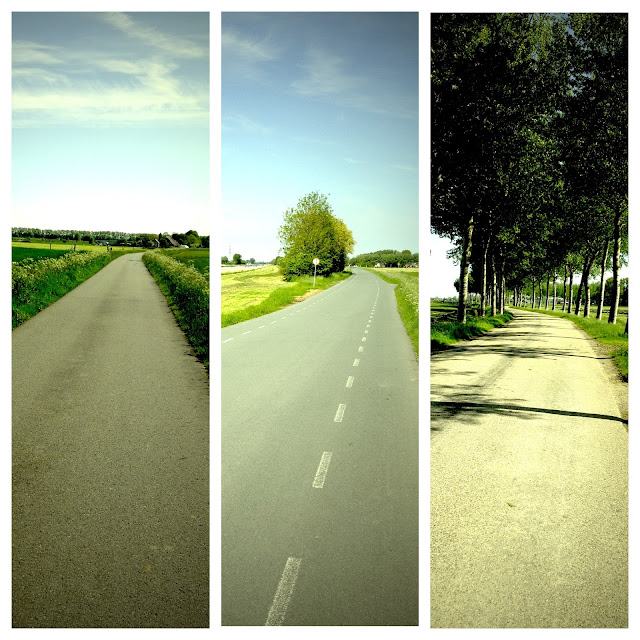 I expect that flatness would grate after a while, and certainly it was a pleasant surprise to come back to East Lancashire's vertiginous terrain but it is truly a wonderful place to immerse yourself in cycling culture in the widest sense. They don't do proper cobbles though, which was a shame... 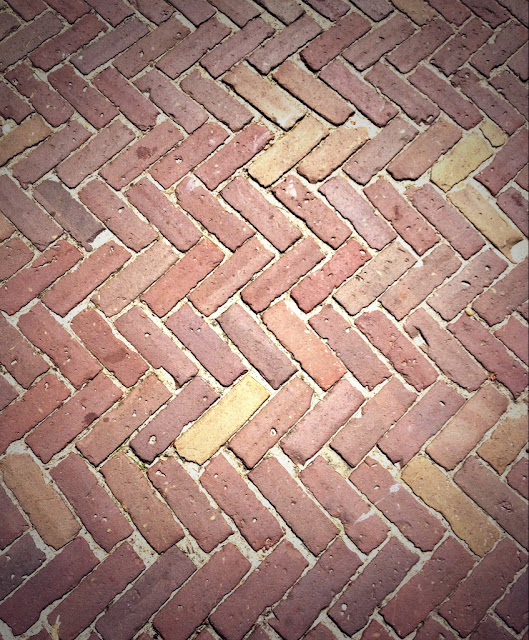