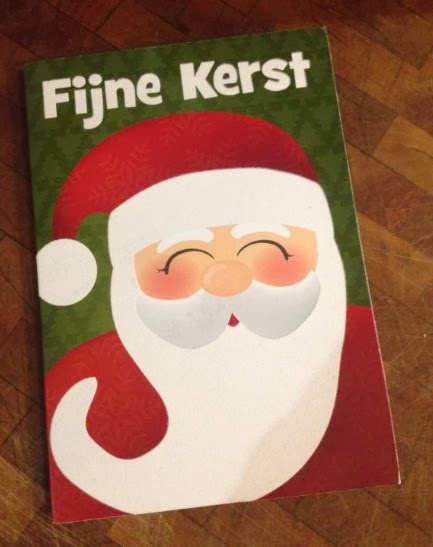 Even for a cyclocross obsessed nation like Belgium, it is excessive. Six elite races in eight days between Boxing Day and Jan 2nd. Welcome to the kerstperiode.

Opportunities to race to that degree in the UK simply aren't available, but undeterred I set about trying to complete a mini version of my own, to enter into the festive 'cross spirit, so to speak. Actually many committed riders have done something similar for years, travelling around to races and honing form for our early January National Championships with regular Xmas and New Year racing.

No Nationals for me this year, but instead an opportunity to pack in a week of racing, aided and abetted by some fortuitous race dates and a trip to London to see relatives. The scheduling of the classic old-school mudder Todmorden Cyclocross, an exciting new promotion at a Yorkshire stately home and a conveniently falling London League race gave me my 3 part kerstperiode spread over a week. Whilst I love my 'cross as much as the next obsessive, because of the cycling/family teeter-totter I tend to only race fortnightly, on average. Three races, some long distance travelling and all the festive socialising were definitely going to stretch me.

It turned out that my trio of races each highlighted an important lesson in the art of 'cross. The process of racing is demanding on equipment and rider and like many things, 'cross is simple in concept but infinitely nuanced in execution. Todmorden was first up and I tend to view Todmorden as my personal 'nationals'. It's local, the course is traditional to say the least being centred around a big cobbled climb and ensuing woodland descent and it is always stupidly muddy. In other words it suits me down to the ground.


I had probably my best race since returning to 'cross a few years ago. Conditions on the Sunday on the course were heavy, Todmorden heavy. This necessitated careful consideration of when to ride and when to run. This also meant that momentum was critical too. I'm strongest when there are on/off the bike sections, or at least decisions to made about whether to be on or off the bike. On that day, there were many riders stronger than me who were racing, but few had better technique and so were losing time constantly, getting bogged down or being slow on and off the bike. I started well, kept plugging away and moved up the field all race to what was for me, a hugely satisfying 8th in the Veterans and Womens race. A big part of this standout result for me was down to clean, effective technique - committing early to the running parts and executing the transitions quickly and efficiently. What I lacked in overall speed and fitness, I more than compensated for with flawless technique. It was hugely satisfying.

Two days to recover, wash kit and fettle bikes and on New Years Day I travelled to the inaugural Ripley Castle Cross, also in Yorkshire. There was also going to be more mud here, lots of it, but unlike the heavy conditions at Tod, the shocking forecast of low single digit temps, constant heavy rain and gale force winds meant a different challenge. All the more so as I'd identified this as a promising day out for the family. Faffing around worrying about my wife and children's comfort in the horrible conditions, I contrived to be late to the start and was still stripping off clothing and trying to find super-soigneur Jo Allen with the 'one minute to go' call. No panic then. The course was as superb as the weather was atrocious. I'm told people started dropping out fairly early on, succumbing to low temps and driving rain. In my panic I'd left a buff round my neck and my head fully covered under my helmet. As things got colder and wetter I was more than glad of that. 'Cross is a winter sport, and this went ahead in bad winter conditions. It was startling, like it had been at the 2012 3 Peaks Cyclocross, how some folk had failed to take this into account when they dressed for the event. I had a reasonable race, not as successful as Todmorden had promised but workmanlike nonetheless, after a ropey start. The lesson in dressing for the conditions continued as I rolled over the line - Jo shouted me immediately and I had warm clothes, hat and leg covering withing 30 secs. In the aftermath of the race, I saw many others wandering around, wet through, shivering and looking suitably miserable.

More frantic kit and bike washing and I was off next day to London. The promise of a visit to the London League scene, the first in many, many years saw me toe the line at Royal Bethlem Hospital, a week after Todmorden. Except I nearly didn't make it all. Racing 'cross is kit intensive. Racing 'cross in mid winter is really kit intensive. I'm normally pretty organised, trained up and routined thanks to the experienced Dave Haygarth tutoring me on our previous National Trophy forays in years gone by. But not being at home, and with the distractions of a stay at my parents I got it wrong. Wrong as in no shoes, wrong, left behind in the airing cupboard, drying. I'm not really gung ho enough to ride round on small SPD pedals in a mudbath, wearing trainers so resigned myself to an early drive back North with the kids. But, friend and Captain Cross stalwart, Konrad magicked some shoes and unfamiliar pedals up for me and it was game on. Another great course, more great mud, very friendly folk and a fun race starting at the back (no gridding) and working my way toward the front part of the race. And then a 6 hour drive home.


For several days after my kerstperiode I've been knackered. Racing in bad weather, challenging conditions, lots of travel have all contributed to tax this average punter's constitution. I have no idea what it must be like for the European pros, racing so often in such a short period of time. Sure they have teams around them to help, but still, it has merely increased my respect for those at the top of the sport. Fijne Kerst and veel success for your cyclocross in 2014.