it is what it is 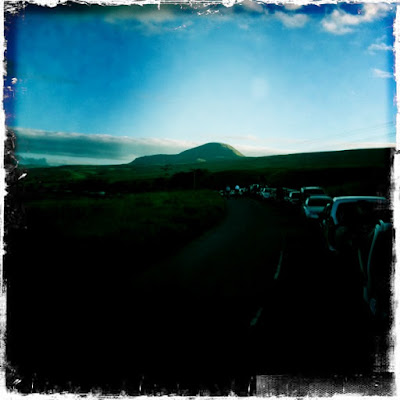 As a fifteen year old boy I spent the night alone, high on Penyghent in a Gore-tex bivvy bag, living my dreams as a rough tough outdoor person. Well, that was the plan. In reality as it got dark I became more and more anxious - the beautiful summers evening gave way to murky dusk and I was acutely aware of every rustling of the vegetation, every sighing of the wind and every conceivable animal noise.

Predictably I cracked as night fell, and scuttled off down the Penyghent track with my tail between my legs, stopping to make the embarassing call to my mum from the Crown pub in Horton to come and provide a rescue service back to Long Preston. I had been coming up to the area since I was born, staying at my Grandparents just outside Long Preston, and although I was a London kid, the Dales and in particular the 3 Peaks were in my blood from the start. Further escapades as a young teen involved walking/jogging the Peaks solo, extricating myself (just) from a bog near Penyghent, having seen only sheep all day on my mid week jaunt. I lived to be out and about in those hills - it was such a release from the urban suffocation that was my Wimbledon home.

Fast forward 27 years and the same boy finds himself high on Penyghent again, this time in daylight but equally in a state of anxiety - riddled with cramp in the back of my thighs and facing the unnerving descent back to asphalt at the bottom of the PyG lane. It isn't so bad really, that descent, but in a strung out state it can take on a significance beyond its actual difficulty. I got down of course, and in one piece and puncture free - my preparation these days is fairly meticulous and technical skill improving year on year. But the brief flirtation with danger and actually bodily harm magnified the experience all the more. 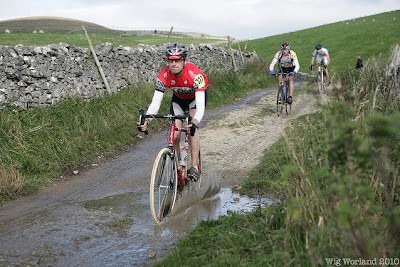 Each year I do the Peaks, I fall in love with it more and more. This year was no exception and lighter and fitter I PB'ed with ease, squeezing under the golden 4 hour time barrier. I've listed the technical and physical preparations for that attempt at an elusive 'float' ride elsewhere - what I hadn't bargained for was the emotional effect of what was a nigh on perfect Peaks ride. It wasn't just that I was 'racing' rather than surviving the event for the first time in years - I had produced a top ten finish nearly 20 years ago, but that was in an era when the field contained far less strength in depth and I was a student and therefore full-time athlete. For me this year, it was the resonance with the event as a whole. The atmosphere, the terrain, the weather which allowed stunning views all the time. As I have become older, and perhaps less blase about some things I have begun to acutely feel and not just know, how special the event really is. 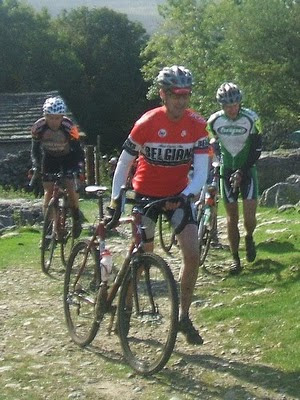 Photo: Nic Betrand - who I am sure will be wanting to enter next year....

The descent down to the haven of the road was difficult as ever but interspersed with people shouting my name and encouragement. And not just spectators either but other riders enduring their own private hell just as I had done shortly before, but still drawing breath to shout encouragement. Often I was too absorbed to look up and recognise the callers but it was all most welcome. Earlier on the climb to Penyghent, at the dogleg right before the final summit ramp, I had been distracted by a chorus of shouts calling my name and urging me on. I looked over to see what looked like a family of about 5 or 6 - I have no idea who they were but their support was most welcome.

This year I got to stick around a little longer after the event, hitting the Helwith Bridge ale and meeting and re-meeting some of those that had made the trip to the event, either to ride or support. It was the perfect end to a perfect day, and the comedown post-event is all the bigger as a result.... 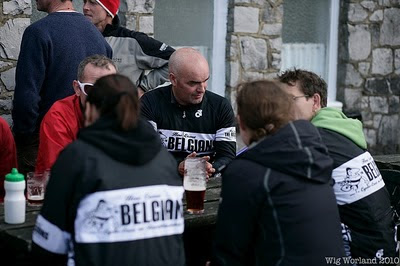 Nice Alan. You failed to mention your white tyres took at least 15 minutes off your time. Without such obvious advantages you'd be back to mere mortal.

Don't beleive it. You and Winkie, and a PB 20 years later. One million 3 peaks memories from 20 years ago (as well as all the other adventures). Good to see you so damm fit. Coming to Budapest some time? Tris