Hit the North - where it hurts 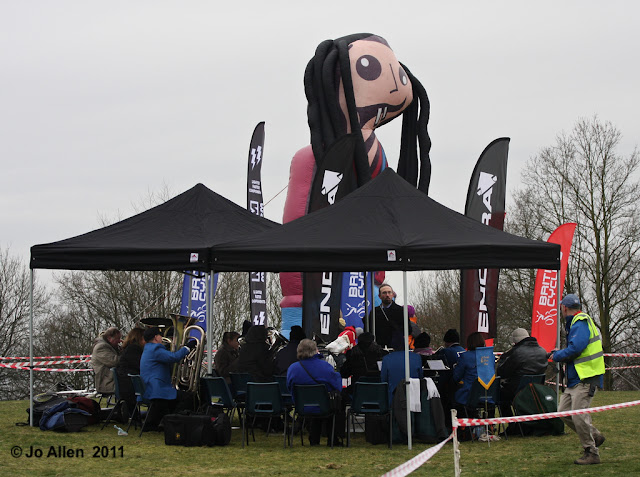 Hit the North isn't any particular type of event, cross, mtb, enduro - it's just Hit the North. That's it.

It defies categorisation really. You can have an entertaining little 'which is faster - cx or mtb?' argument, though to be fair it is almost always won by cross bikes. Dave H set up a carefully calibrated scientific experiment between On One Dirty Disco crossbike and Planet X Dirty Harry 29er mtb to settle this score for once and all - read further if you wish to find out the results.

Either way it lumbers on, this entertaining off-the-wall, hors-categorie of an event. Mint balls, brass and samba bands,a  horizontally laidback atmosphere and a constantly entertaining course - it's got it all. Brant from On One even brought his inflatable Inbred man to stand and menace the brass band in the sub-zero temperatures. 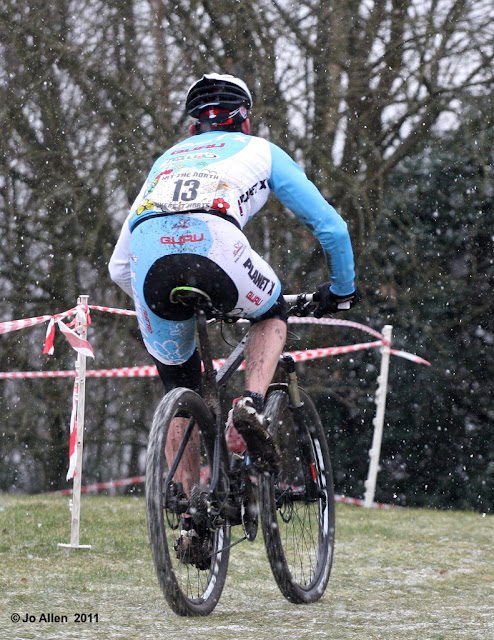 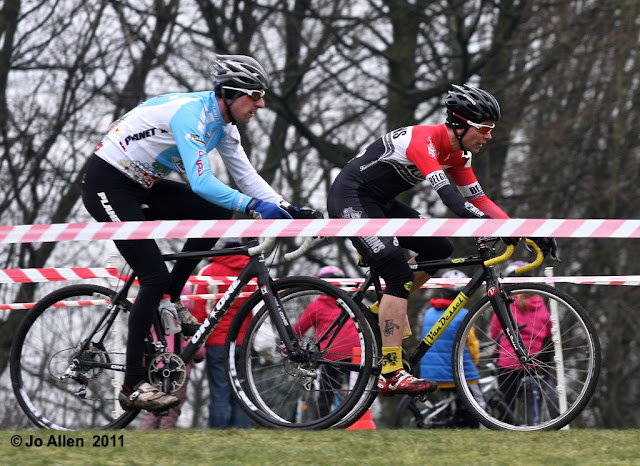 The racing was fast and furious in the frozen conditions with a bigger than ever field of varied athletic types and not-so-athletic types. Favourite memory? Piling into the base of a particularly steep and hard run up, and having to navigate around a large group of fellow competitors, off their (mountain) bikes and having a right good natter. Mid race. But that's the point - whilst I was there to race, they were there to ride. Each getting exactly what they wanted from the occasion.

Of course, in true Hit the North tradition, we weren't going to get away with just minimal mud and fast conditions....  It started snowing on the last lap, slickening up the course a little prior to a mad mass scramble to exit as rapidly as possible from a by then fully snowed up car park and approach road. Which was a real shame, as half the fun of the event is the apres-race stuff - food, chat, eclectic prizegiving and tall story telling...
Posted by crossjunkie at 15:12

Another great event - really enjoyed riding/tussling with you and Greg throughout the race. Hats off again to Jason and Andrew (and the rest of the HTN team)

Those of us who stayed behind to push BMW's and scrape the road had all the good banter and tall tale telling in your absence :-)

Oh, I stayed for some pushing and banter as I couldn't get out myself at first.....