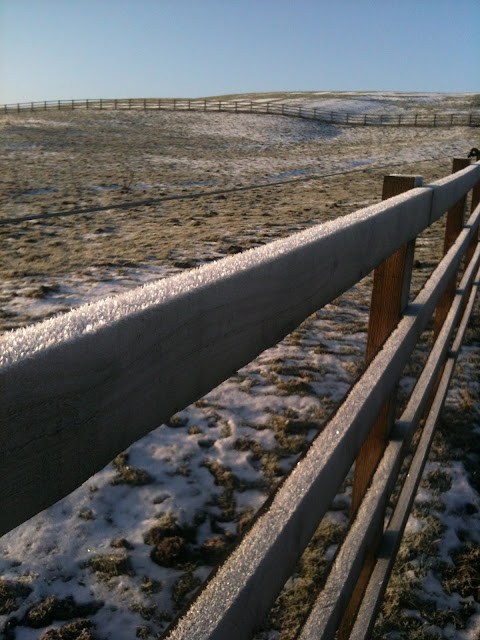 Sometimes the daily routine of work and homelife can bear down a little too strongly, just refusing to let a chink of light in, especially during those long winter months. A sense of deflation after one of the most anticipated races on the calendar adds to the funk. The appearance of those yellow orbs in my iPhone forecast this week, combined with sub zero temperatures and warnings of ice on the roads gave me an idea - time to reprise the summer off-road commute. In icy February. On a cross bike.

I'm fortunate to have ended up living on the edge of some stunning Northern moorland, wild enough in places but not overly remote and definitely in-between home and my office in Rossendale. It's not hard to construct an off-road route to work then, in fact it's a wonder I don't ride that way more often rather than just when the 3 Peaks concentrates my mind on things bumpy and steep (note to self...).

Inspired then to have a mini-adventure on a Tuesday morning, I head out into the hills above Burnley. It's cold, well below zero but offroad this presents much less of a problem than on the road. The weekend's snowfall, has already gone through several cycles of melt and refreeze, but is granular and frozen enough to give surprisingly high levels of grip, even where it has been slushed up and then turned to ice. 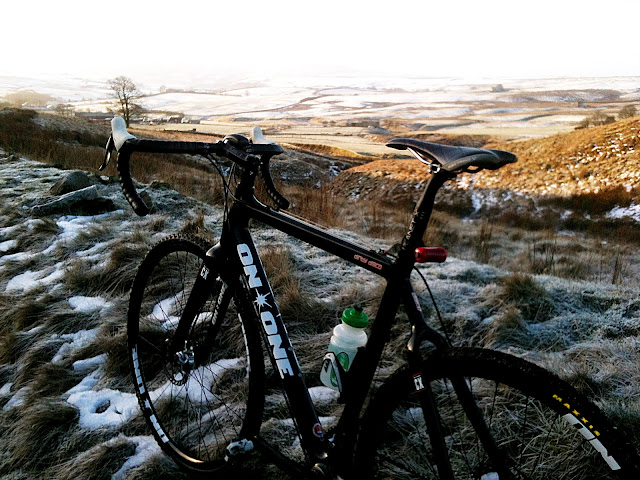 A runner trots past and simply exclaims 'Mad!' as I teeter down a rutted icy track. Then no-one, just space, a sun rising fully over the hill and the deep sense of wellbeing that only physical exertion in convivial surroundings can bring.

It's tenuous at times, riding at or near the limits of grip on the icy surface. I'm off walking sometimes too, as frozen streams cross over or follow the track for a while, progress is slow in places. I'm mindful of not taking too long to get in, this is a weekday commute after all but seeing as I'm out here now, I might as well enjoy it......

I drop off the moor using farm tracks now for speed, descending into a blindingly cold pocket of air at Lumb. The cold air always collects there, the inversion bringing it's own micro-climate to the little hamlet. My rear disc brake freezes and I get 'brainfreeze head' as I speed down the road and into the Valley proper.

Rolling into work there's that familiar endorphin haze we all know, and love but also a deeper sense of satisfaction, a feeling that the day just got put on hold for a moment before the regular demands are addressed as normal. If you commute to work, even if you don't have hills, do something different and vary your commute - back roads, parks, canals, just use what you have. Your day just might start with something special. 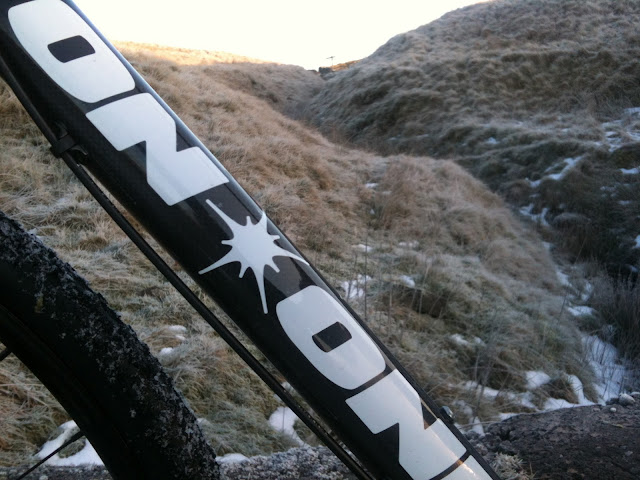 Here here - the off-road commute is possibly one of the best ways to start the day, whether in winter or the heights of summer the feeling of soliotude and "being out there" is second to none.

However, you seem to have it some what better then myself here in the midlands - tho my recollections of the Rossendale Valley are of run down factories and disused mills in the 70's which now look to have been cleared to give back the lanscape of moorland wilderness.