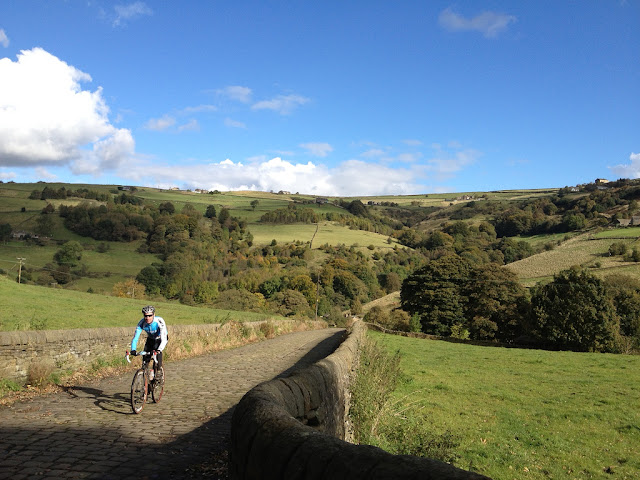 Never underestimate the nature of the Calderdale terrain - that was my lesson learned at the innaugural Mills Hills CX Sportive. Run in conjunction with a standard road sportive event, Emma Ossenton's and Ali Mills welcome addition of a cx route sought out most of the classic tracks and cobbled climbs of the Mytholmroyd and Hebden area with a good bit of other less obvious stuff thrown in for good measure. I'd recceed much of it with Emma and Ali already but missed riding the last part of the route....

It was probably the 'other stuff' that did for me. A rather too casual approach to eating and drinking saw a fairly major decline in performance over the last half hour of the 4 hour/34 mile ride, as the relentless short, sharp climbs and heavy conditions bit me. The 5,000ft odd of climbing testified to it not being an easy ride at all. Look out for this event next year - friendly and very Northern in flavour it will no doubt soon become a classic. They are also running another unique event, Clifcross next year in April - think of a blend of cyclocross and cross-country running, though not necessarily both together. Sounds intriguing.... 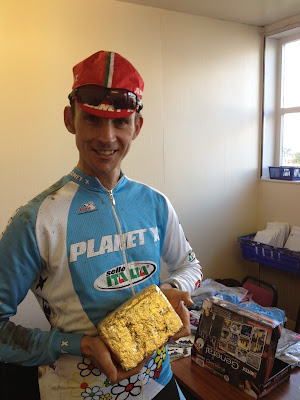 Yesterday though, perfect autumn weather, and an eclectic and friendly bunch of crossers more than made up for my relative misery toward the end and resulted in a simply ace day out. Dave chatted as fast as he rode and rightfully claimed the golden cobble on the timed cobbled climb/run.

He also took these great pictures, above and below: 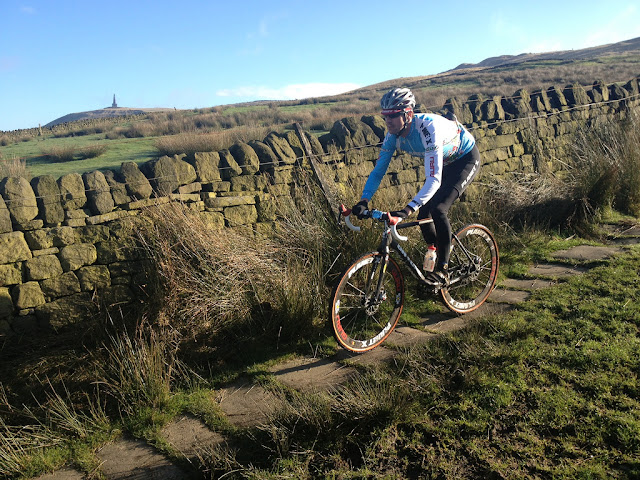 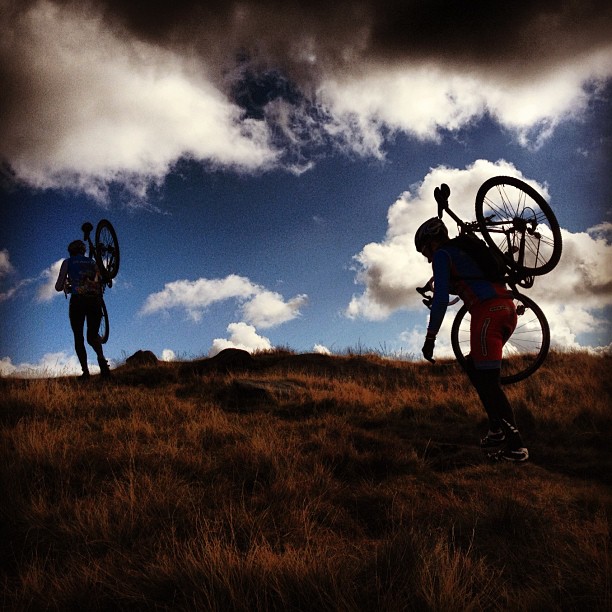