a grand day out at the peaks

It was like packing up to go off racing myself - spare clothes,plenty of wheels, tools, track pump, food, spare helmet for anyone who was forgetful, and 2 kids. Only the bike frames were missing. Throw them all in the car at 7.30am and hot foot it up to the Dales with many hundred other hopefuls and supporters for the annual pilgrimage to the mecca of all things tough, off road and cross-like.

We met up with the lads in Settle car park to receive bottles, a spare bike and a long suffering partner to swell the support team. From then it was a whirlwind tour of the Dales and its roads and lanes, punctuated by frantic attempts at finding parking and route marches to each of the rendezvous points. Not the most child friendly of days out but E managed to cadge a lift on my shoulders to every point and J amused himself whilst waiting for the riders by systematically destroying his model Land Rover in extreme off road adventures.
Whilst riding the Peaks is a supreme physical effort, supporting 4 riders is quite hard work too. No really, especially with a 3 and 7 year old who would rather be doing something else. Anyway, all 4 of the lads made it to the finish with only 1 bike change and 1 puncture between them (bad luck Rich!), and the kids enjoyed fish and chips in Settle afterwards as a treat (thanks Winkie!) 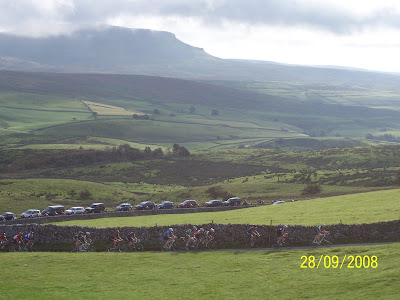 The race itself will be well documented elsewhere - http://www.3peakscyclocross.org.uk/ and http://3pcx.blogspot.com/ as well as the British Cycling website.
However it is worth making special mention of Rob Jebb's 7th consecutive win and new course record in 2:52. For me, and by default plenty of others who have been in earshot when I get my soapbox out, Jebby is one of the most unsung endurance athletes in the country. Whilst the great grassroots support that he and his Wheelbase Team get from the Lakeland based bike shop is not to be underestimated, it is worth remembering that he is not a professional athlete, works full time and performs across different discplines with ease (skyrunning, fell running, road racing and cyclocross). Yet he performs year in year out at world class level. The photo below shows the first few hundred yards after the neutralised road section as the field begin the climb of Ingleborough - Jebby has a gap already, and it was I assume, the last the field saw of him for the next 2 hrs 40 mins! Honourable mention too goes to Nicky Craig who finished runner up. Again. 1st woman home, Heather Dawes apparently went into the race with a simple game plan - 'I'm going to win'. She did so in style. 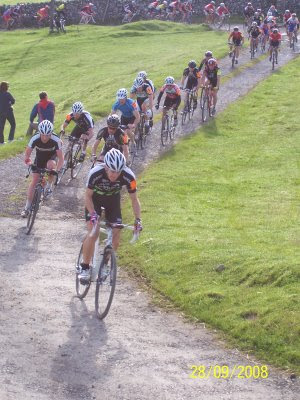 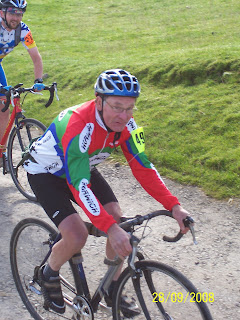 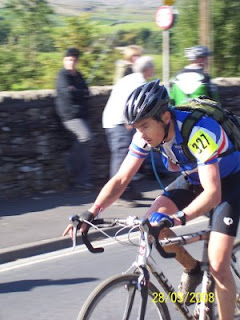 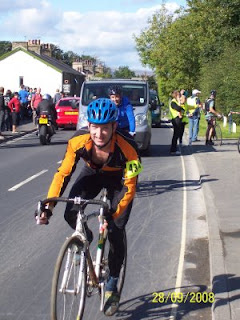