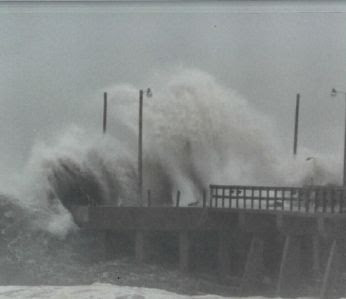 It was blowing a hooly on the 'sea front' at Otterspool on Saturday for Round 7 of the League - the wind whipping off the Mersey felt like the prelude to Hurricane Getrude (or whatever tropical storm takes your fancy). It was the usual Otterspool course - that is, varied, twisty, slippy and full of hidden surprises. Bit like Turkish Delight or a bar of Rocky Road or some other dodgy concoction.....
There were slightly surreal dramas from the outset - mrs crossjunkie nearly had full blown ding dong with a foul mouthed and unhelpful local lady when searching for a loo nearby, and Dave B had mechanicals every few minutes before he even got to the start line involving softening tubs, a broken rear mech and a frantic 5 mins to go bike borrow from Eric T. That was before the scary large Staff type terrier dog had broken free from its owner and chased Adam Palmer into the single track wooded section before being expertly coralled by Mr and Mrs Green (as in Stuart). I expected nothing less of Otterspool and it delivered. The old fishermen from years gone by (see post below), off their boxes on industrial strength snuff would have approved of the spectacle I am sure.
The start was gridded - a sensible approach given some of the recent chaotic starts although Otterspool is actually one of the safest starts around. Unfortunately for me and one or two others, it was gridded according to League points, which are in short supply for me having done only half the races so far this season. This had the effect of sending me back to the mid pack straight away when I was hoping to be challenging for a top 20 place. And so it remained for most of the race - chasing hard and keeping lap times with those in the low 20s but remaining resolutely stuck in the late 20s. I enjoyed Otterspool this time - the bends were more manageable for me and the course fun to ride with plenty of variety and challenges to keep the concentration and interest levels up. I even stayed upright for a change. British Cycling Academy rider Johnny McEvoy came past with ease to lap me on his way to the win and looking very comfortable too. Less comfortable was his bike change in front of me which made my 3 year olds efforts in her school sports day egg and spoon relay race look professional! I unlapped myself and wasted no opportunity in taking the piss as he came by yet again. 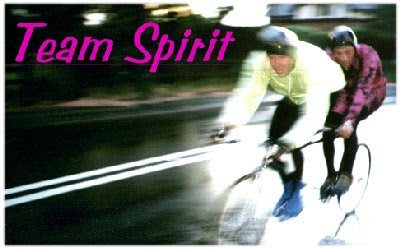 Dave B was having the day from hell. Breaking his own bike before the start he borrowed a spare bike off Eric with a couple of minutes to go. This had Vittoria XGs on which I have to say aren't the grippiest tires around (IMHO) especially when they are bald, which these were. Gridded on the 2nd row Dave managed to ride this slick shod misfit to the point where he was challenging Rob Pugh for 3rd. Chapeau! Then the gremlins struck and just after he had lapped me on the last lap, I came across him struggling to get the chain out from between wheel and cassette. I couldn't fix it either so gave him my bike, carrying the broken bike a half lap or so to my spare. I am 6' 5" and Dave isn't. I was curious to see whether he would try and jump on it - he didn't and just about managed to straddle the top tube and start pedalling. As he disappeared round the corner, hips rocking madly as his legs were stretched to breaking point I had to suppress a chuckle. Anyway, a concerted effort by the Horwich team, on and off the bike, meant Dave only lost 1 place and came in a great 5th. I lost a futher 4 places and drifted in a relaxed 33rd. My own League aspirations died a little while ago with the increase of the number of counters from 10 to 12 races, which I will be be unable to make, so it was an easy decision to put Team before Self.
The only thing missing was my mid race chat with Mick S, who being gridded way above me was then able to make his gentlemanly start and still stay ahead of me. Shame, I liked the social element that the old situation use to bring. No matter, I have persuaded Mick to spill the beans on his training regime - look out for his secrets in a forthcoming post.
Posted by crossjunkie at 22:36