we apologise for the break in transmission... 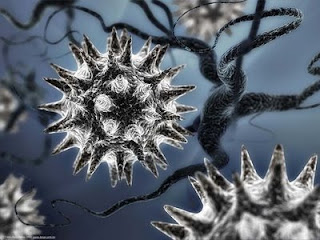 Sorry for the recent gap in posts - I got sick 2 weeks ago and in a fit of pique and general grumpiness, couldn't bring myself to write anything vaguely related to cross.
Actually I was properly ill for a week or so, not man-flu but a bone-aching, feverish and energy sapping virus that felt like a living hell for a while. It meant I missed 3 races, with a 4th this weekend under review and lost any chance of a NW League overall finish. Consequently I got a real cob on.
However, I was not so ill that I wasted an opportunity to catch up on some of recent the Euro cross races. Early season races seemed to be dominated by the same trio of Boom, Albert and Nys with Wellens, Stybar, Klass Vantornout and Sven Vantourenhout making up the minor places. Vervecken has seemed to be over the hill and out of the picture and only Rob Peeters (Nys teammate) has made a big leap this year. The new guard (Albert, Boom) seemed to be poised to over take the old (Wellens, Nys).
Mid season and it is all change - Albert crashed and ruptured his spleen at Gavere, Boom got blood poisoning and Wellens has started podiuming and winnning. So too has Klaas Vantornout and even the ageing Vervecken got a WC win at Koksijde! Nys continues to win in his old ways with some classy displays of last lap power that the others cannot match. 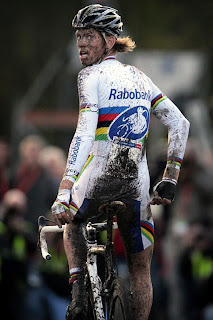 On the Euro fashion front, mullets are in - Boom, Albert and Stybar sporting them proudly, and deep dish carbons largely out. Nys has been using Mavic R-Sys a lot, particularly on the front, with Albert too using 24mm rims even in the deepest mud. Wellens has apparently bought his own low profile Lightweights at some eye watering cost and been using them when the mud is up though some have attributed this to a back problem that is excerbated by rigid deep carbon hoops. 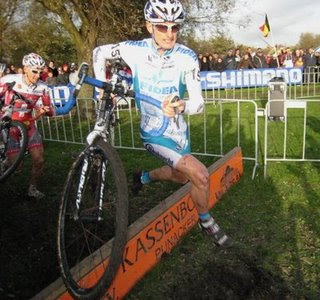 Hot for this season, cross fashionistas, are TRP Euro X brakes in magnesium. As sported by Albert, Nys and co. Only £200 or so a pop. Horwich team mate Martin Jones showed me his a little while ago and I nearly wet myself - white Euro sex adjustable brakes with toe in. No sqeaky Froggslegs for him. Martin imports them along with very tasty Colnago frames so give him a shout if you fancy some Xmas bling 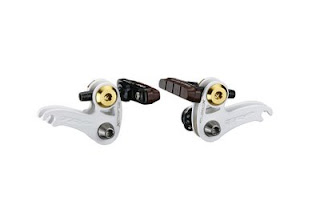 Whilst I missed out on all the fun of racing, NW stalwarts enjoyed some really testing conditions over the past few weekends races - from hypothermia inducing sleet at Stadt Moers to a frostbite risk at Leverhulme. Well done to all those that have kept their health, their motivation and their extremities over what has been some reasonably extreme conditions for cross. Ahh, nothing though like the legendary Beast of Bolsover race I did last December on a quick trip accross to the Notts and Derby League............. I shiver just at the thought of that grim experience.
Posted by crossjunkie at 10:53

I never see what the issue is with jamming a screwdriver into frogleggs to toe them in. Once done, jobs a good un. Now available in white too - with replacable cartridge pads... and half the price of TRPs.