I love going up the M6 to the Scorton Scramble - it's a slightly bizarre location within the imposing Wyresdale Hall grounds, the course is like some old school cross assault course and I always seem to go well there. 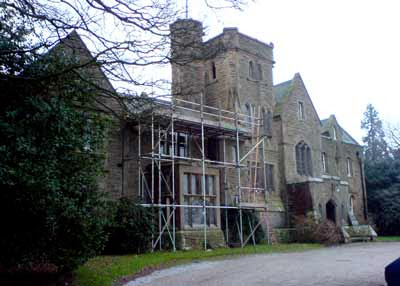 Unfortunately, many others didn't share my enthusiasm this time and the start line was populated with only 38 riders (I believe). A few more came to watch and pick up their prizes at the do afterwards, so at least there was a good amount of spectators to encourage us on what has to have been the toughest course all year, even above Dave Haygarth's snowbound Rossendale slog. Mind you, it had been a long season and enthusiasm had naturally waned by the time Scorton came back round, and the prospect of a cross-country race carrying a bike may have failed to excite a few non-running crossers.......
Nonetheless, those who had made it approached it with the same trepidation as usual and it was a slightly subdued group who took the boggy start. I had decided to go off hard and actually managed it into the first turn in second before slipping back a little onto the course proper. A few hiccups down the 4 wheel drive bog/track and we hit the run through the cow field. This was as grim as previous years though slightly more rideable nearer the top. Luckily I had the crack Vet Pits team of Dave Headon and Mick Style looking after my spare bike at the top and offering valuable washes and encouragement.
By the end of the first lap I was a surprising 6th and 1st Vet - the lower strength field was something to be taken advantage of, though to be fair (to me!) I was going better than in living memory. Rob Pugh, Matt Harwood and Lewis Burke had cleared off leaving Martin Kitchen, me and Kevin Walford to battle it out. Martin slipped back a little leaving me chasing Kevin in 5th. My running was a little stronger than Kevin's and I caught him to move into 4th. At this point I realised this was going to be long and painful race - the lap board after an eternity of racing still said 5 laps to go and I was going too fast to be lapped to reduce that tally. Riding on your own is never easy and after 2 laps to go Kevin had made a big effort and caught me with 1 to go. My racing instincts are still not really there (were they ever?) because when he bobbled in the slop section and slowed, I too slowed to let him get going again. 'After you, no after you I insist'. Doh. He was stronger than me anyway (my excuse...) and got away at the bottom of the climb leaving me to struggle in a shattered and blown wreck, only to lose 5th on the final running bend into the finish to someone I didn't even know was behind. 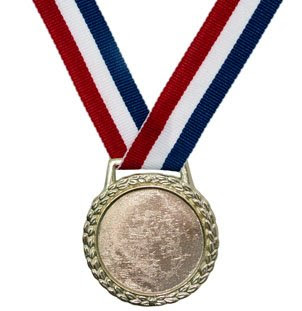 No matter, 6th and 1st Vet was what I had come for and Dave and Mick's support had made a tough race more bearable. Matthew Harwood grabbed his first win in a close finish with Rob Pugh - nice one Matt! Form has arrive for me at last, but just when the season has finished.......
I wasn't able to stay for the prize presentation but would like to congratulate all those who won their individual League category:
Newly sponsored Rob Pugh performed conistently all season and pipped a disappointed defending champion Dave Brailsford who struggled with bad luck and perhaps(?) the big changes to his family situation last year. Well done Rob - we'll look out for some good results on the road now.
Mick Style retained his Vets title for the second year running, with Dave Headon breathing down his neck most of the season. Dave had the better ride at the Nationals though after peaking perfectly.
Lewis Burke was untouchable as first Junior and finished 3rd overall in the League. Chapeau!
Sean Beswick and Ray Pugh were V45 and V50 champions, Eric Taylor V60 and the evergreen Ian Small V70.
Finally, Joe Allen was U-23 champion and the equally evergreen Carolyn Wright, the Ladies Champion.
Oh and my club, Horwich retained the Team title for the 8th year running - my dream of being in the winning 3 counters is still some way off, but I'm working on it..............

So ends a long and muddy season - I actually only finished 6 races (with 1 mechanical DNF). Not quite what I had intended really, but sometimes you fit in what you can. I certainly couldn't have managed to ride every race, but hopefully next year I can ride a few more, as when they fit in.
Posted by crossjunkie at 09:18