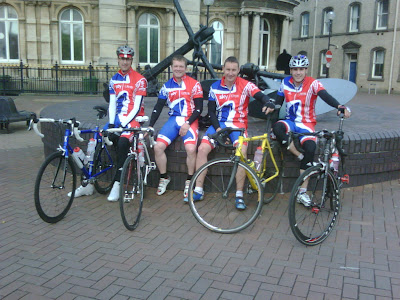 Travelling Coast to Coast (see previous post), by an alternative and slightly unusual route, using 4 different methods of transport became my world for 4 days earlier on this week. And the 3 actual days of hard physical graft averaging over 8 hours a day taught me things about my body and the way it works that I hadn't anticipated. A days road riding from Hull to East Lancs morphed all too quickly into a huge days kayaking along the Leeds Liverpool Canal through my home town of Burnley (come on you Clarets) and the Lancashire mill towns past it, followed by a last long day riding muddy and slippy towpaths along the canal through West Lancs before a final half marathon on foot into Liverpool and the grandeur of Albert Dock.

It was also a great way to travel - not too much time for reflection or detailed observation as we were always on a schedule, but nonetheless a great way of sensing the landscape and our Northern industrial history from both road and canalside.
Without saying too much, the fact that the other 3 in the team have military backgrounds to varying degrees also guaranteed superb logistical support and a complete sufferfest. 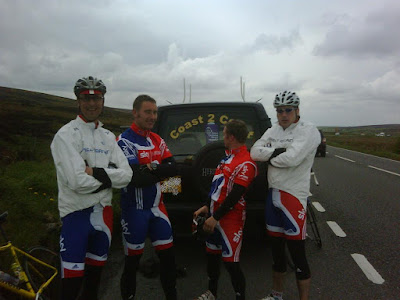 The cycling and offroad riding was easy enough, the running less so - but predictably the kayaking was gruesome. Having not been in a canoe or kayak since I was 14 (apart from briefly the week before this event) suddenly attempting 46 miles into a bloc headwind along the canal was a little too much. I managed 12 hours or so of mostly interminable struggle and pain, broken only by 3 separate rendezvous with my kids and their classmates from the school whose excited canal bank greetings were the only thing keeping me going through the morning session and into a long and painful afternoon.
Still, I managed all but the last hour or so of kayaking before resorting to walking/jogging alongside the others to make sure I completed the journey at least, even if not quite all the kayak section. 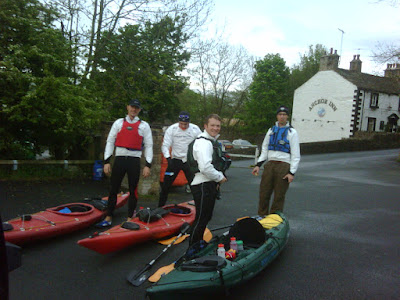 The wildlife along the canal both on the second and the last days was amazing - aggressive, belligerent swans, brood after brood of ducklings, Moorhens, Coots, Voles, Herons, shopping trolleys - the lot. Also a true sense of a decaying and crumbling infrastructure that was once the backbone of the Industrial Revolution and the huge prosperity that launched the British Empire. All but gone, save for a few heritage projects here and there.
And so to suffering. At the risk of ressurecting old posts and old arguments, I came to a new perspective on an ongoing theme. I have never suffered so much as on the kayak section - yet there was no glory, a sense of achievement yes, but nothing so lofty, so arcane. Glory is a word that implies great emotion, high ideals, the pinnacle of achievement, something spiritual even. That is best reserved for those human endeavours that transcend, that elevate normal behaviour into something truly special.
What we did was suffer, and succeed and we draw our own personal pleasures and pride from that. Sure, we have raised money too which was the purpose of the trip and there is satisfaction there too. But Krabbe and Rapha have it wrong - wars see acts of glory (though glorification is the uncomfortable bedfellow that sometimes follows), natural disasters see individual acts of selflessness and heroism that glorify the best in human nature. But riding a bike hard, winning a race against fierce opposition? For me, no - no glory. Just good old fashioned graft and endeavour that nonetheless is to be applauded, admired and encouraged at all times. 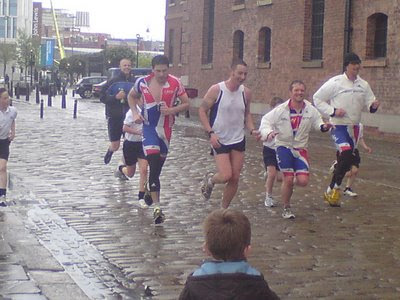 Great post.
Sort of makes my plans for a coast to coast MTB ride seem rather pathetic now.