Well, actually http://www.mollycameron.com/ was on it first but she only had half the story.

Francois from FMB has clearly done a deal with some major tire manufacturers and got a whole load of new exciting treads, mostly for cross. Details are not on the website yet but crossjunkie can bring you a sneak preview.
Most interesting of all is the emergence of a true mud tread for cross which looks suspiciously like a Racing Ralph to me. Molly had some made up on 34mm carcasses a while back and Sven Nys trialled some from Dugast about a year ago too. 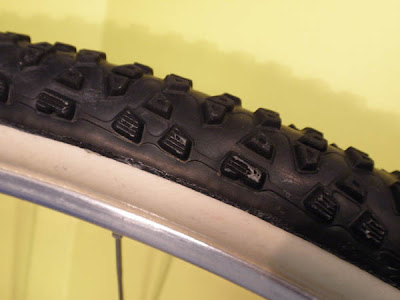 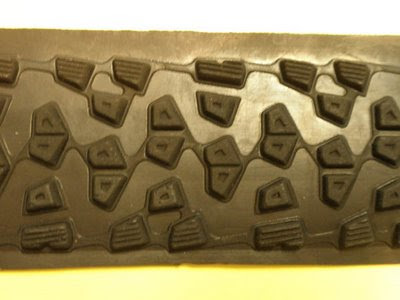 Anyways, the Racing Ralph tread has long been regarded as a pretty good tread for mud - how will it compare to a Rhino?
Also available now is a standard Griffo/Typhoon tread - this has been the industry norm for pro racers for years now and works on just about anything. Nys often uses these in the really muddy races when most of us would reach for Rhinos, so proving that ability counts for a reasonable amount of one's success at staying upright. 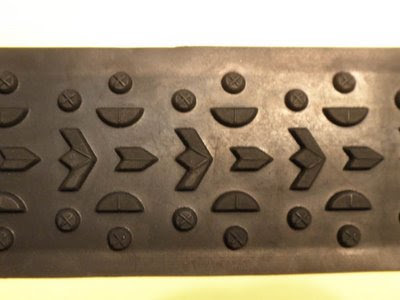 FMB's file tread was already awesome, so I am not sure how the new Griffo file tread helps too much but choice is no bad thing. 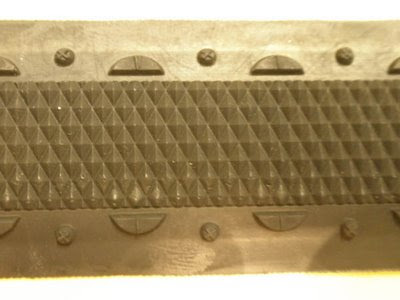 The quality of FMB I think is better even than Dugast and all of the above will be available from John Holmes at Cyclocross Imports - great, bloke, great service so give him a call: http://www.empella.co.uk/
Posted by crossjunkie at 12:15