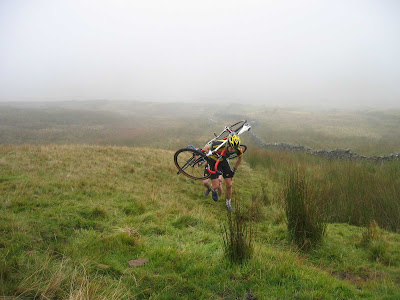 I sat about this Friday afternoon just gone, somewhat dazed and confused after ‘specialist’ 3 Peaks training with Dave Haygarth. It only lasted a scant hour but – ooof!

I say ‘specialist’ as it involved a warm up on a monster climb up onto the moor – a descent down a shattered river bed (under 6 inches of water) but posing as a track – a walk/scramble up a 45 degree slope easing off into water logged peat bog caressed by a howling gale – an attempt to shuffle into a run and summit up further steep slope onto Holcombe Moor – before an exhilerating career down the other side, wiping sweat from my eyes and trying not to crash before turning left to go down the shattered river bed again and repeat. And again if really strong.

This is the essence of 3 Peaks training then - specificity and mental torture. Oh, and a fair degree of pain too. It certainly was a shock to the system but a welcome one too. Being able to zone into the steady but multiple outputs of effort on foot and bike, interspersed with boneshaking and slightly nerve-wracking descents is a key ingredient for a successful Peaks. It's not fast and furious like normal cross - more a long concentrated effort where mental preparation can be key. Ease off and drift off in the Peaks and you lose minutes at a time. Not to mention, skin if you lose concentration on the descents.

Dave was, as ever generous with his advice and tips - I've ridden the Peaks a few times now but still have much to learn and as my powers wane with age, need every last trick to make up time.


Good things to salvage from the experience:

We did only 2 reps as it is early yet and we are fresh into this type of training….4 reps is the goal by mid Sept?


I could see Dave for a lot longer than last year on the descents before he disappeared… getting better at going down.


I could nearly match him on the walking climb bits and lost less time than normal on the running….strong legs at the moment. 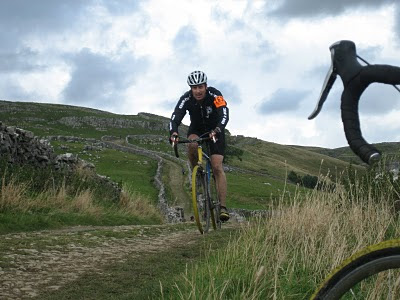 I am still way off the pace of the top riders like Dave when it comes to descending….he has ordered me to get chicken levers. Or else.


My shoulder is killing and has instantly developed '3 Peaks bump'.


The mental torture of doing this is nearly as bad as the physical pain – seriously. 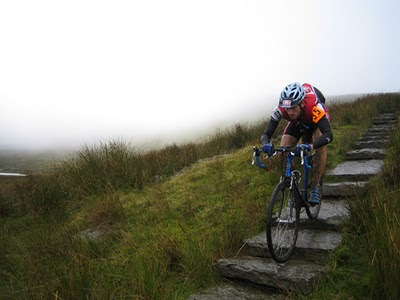 Still, I am definitely ahead fitness and technique wise compared to this point last year and hopefully will toughen up over the next few weeks.

An hours cross is going to feel like cheating compared to this nonsense. 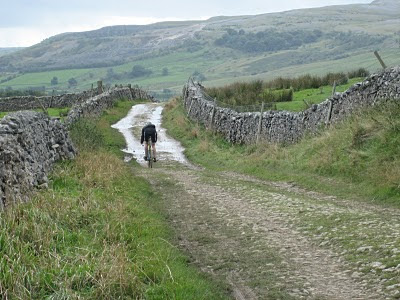 I was thinking maybe I should be doing some of this...then I remembered I can relax, no three peaks for me this year :-)

Ahhh 2005. Last time we had a proper soggy race in recent years. Great post Alan. I loved the bit about the reps. Lovely intricate poetry based around lugging your bike round shitty moors.

For a deep delve into history, the Altrincham Road Club dug out a 3 Peaks results sheet from 1974 - I was less than 1 year old so not surprisingly, dad didn't have his best year.

There were something like 80 entrants, 70 starters and 55 finishers. The race was only 25 miles long.

Those were the days and sound about as tough as your training day!