rolling through the cobbles 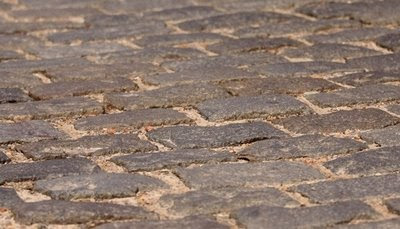 Like a twit, I went on twitter before I returned from holiday and there it was - the one piece of information I didn't want to see until I was ready with a Belgian brew and a window of peace and quiet in which to watch the drama unfold.

Stijn Devolder was, like last year, simply superb. Whilst he didn't telegraph his move on the Eikenmolen in the way Cancellara advertised his attack in the final km of Milan San Remo last year, it was nonetheless no surprise to see him muscle his way off the front of the chasing group and take off like his life depended on it. The Flandrians love a fighter and he looks like just that, like he is out of Cage Rage or something similar - muscled, ripped, developed for one purpose only, that of riding hard up steep cobbled climbs.

Last year he had a clear road ahead of him - this year a few tired riders, remnants of a long break to sweep up and cast aside. I felt it was a formality (though I did have some prior knoweldge!) even before his attack on the Muur with Chavanel able to play the dutiful team mate and so it was, Stijn the Man leaving them in the unseasonal dust again.

Funniest moment of the day? - Manuel Quinziato remonstrating with Chavenel for not chasing his own team mate down when only 25 seconds behind. Doh! Meanwhile local boy Preben Van Hecke got on with it and chased as best he could. Leif Hoste was at it again - dumb move of the day to get in the long mid race break and then start shouting at his fellow break companions as he does every time I've seen him race. How to win friends and influence people............

And so to Ghent-Wevelgem. Will Cav do it? I hope so.
Posted by crossjunkie at 11:06