Introducing the On One Pickenflick

My riding career, 'cross wise, started in steel - good old fashioned 531 and then 653, eventually handmade for me by a NW framebuilder. And great those frames were too - comfortable, light enough for the job and cost effective. As frame technology moved on, so did my taste in frames and a pair of aluminium Planet X Uncle John's served me well for many years. The Dirty Disco and XLS took things off in an interesting carbon direction but until last year, I hadn't ridden a 'cross bike made out of the one remaining mainstream material, titanium.

On One produced a Ti 'cross frame a few years ago - it was light and popular and ridden to winning effect by one of Britain's few 'cross pros, Matt Ellis and to 3 Peaks success by the ever-green Nick Craig, both of whom had a hand in the design. My old training partner had one too, and very nice they were, attaining a bit of a cult status amongst riders in the know. But production only lasted a couple of years and On One has never revisited the wonder material for 'cross.... until now. 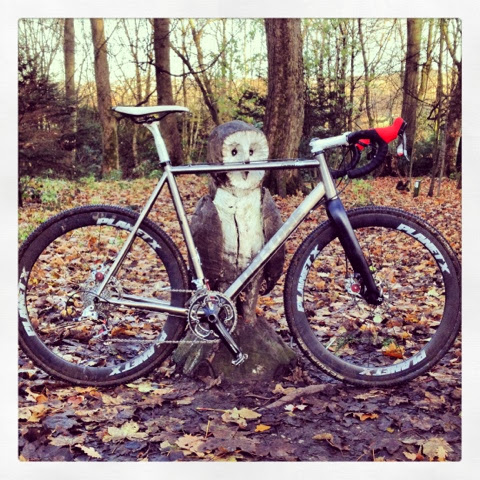 Formwise, a chunky 1 1/2" tapered headtube gives absolutely rock solid handling on the roughest of terrain, allied to a big beefy carbon fork, and the super clearance, even with a mini bridge across chain stays means that even at a Peel Park, Bradford mudbath, the Picknflick keeps running. In fact it clogs less than the other disc frames I've ridden, and they don't clog at all compared to many current canti offerings. Subtle changes in cross section accross the downtube and toptube allude to performance enhancing design of the tubeset - stiffer and broader in areas of most stress.  A lovely curved piece across the seat stays aids this, allied to rearward disc mounts and befitting a proper do-it-all 'cross bike, it has useful double bottle mounts. The toptube is left rounded rather than flattened and is still super comfy to carry, as many 3 Peaks-style Bull Hill sessions have proven as well as 2 outings in the Peaks itself. 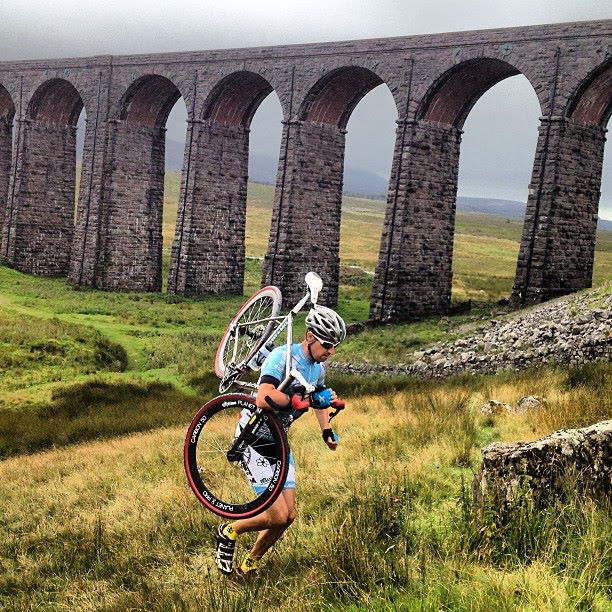 The geometry has been tweaked from other On One offerings, and the overall effect is an extremely calm and compliant ride. The Ti tubing works to kill off much of the low level buzz, but is still more than stiff enough, superb for fast hacking across uneven surfaces, and with impeccable mud manners.

Whilst not a super stiff 'cross crit monster, it's still more than stiff enough to respond to sharp changes in pace and direction and has seen regular duty for me and Dave Haygarth at 'cross races over the last year or so, performing flawlessly in classic mudders at Bradford and Todmorden, as well as drier Yorkshire Summer Cross rounds. Finally, as a 3 Peaks/rougher off road machine it is imperious. Handling, compliance all come together to make it an all day bike on any terrain and the best Peaks bike either of us have ever ridden. 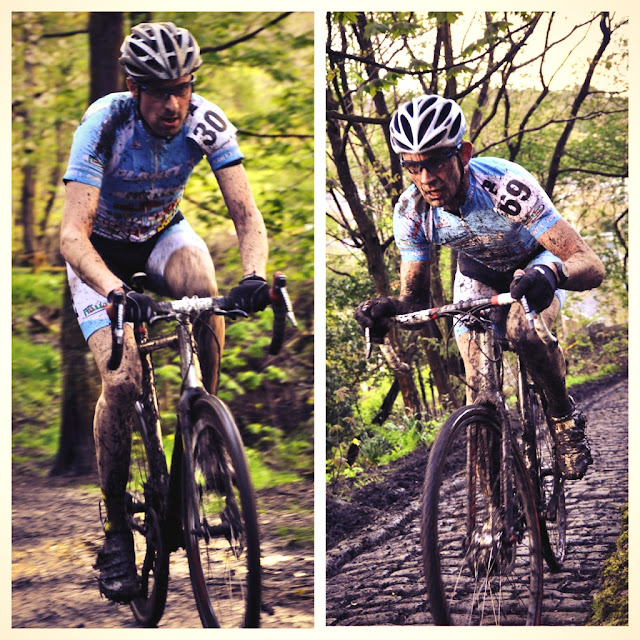 I have received the full production version of the Pickenflick now. Suffice to say that those little improvements that we asked for have all been included. It now boasts a brace between seat and chain stay by the rear disc, beefing up the braking performance at the back, a slightly flattened top tube for easier carrying, subtly moved cable mounts at the rear (away from rear wheel), more 'shaped' tube profiles for rigidity, and finally better clearance.

Did I say clearance? It is now absolutely massive, when it was merely brilliant before.  If I had to have one bike (and not just one 'cross bike either), this is the bike I would have. It simply covers all the bases, and has a real 'wow' factor about it to boot. 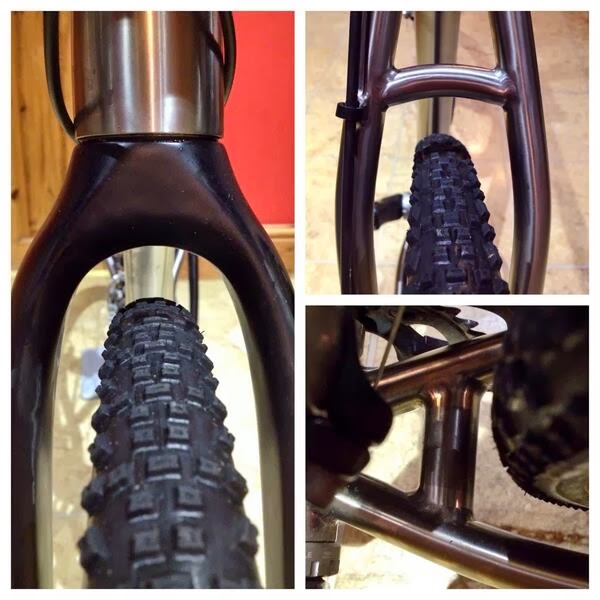