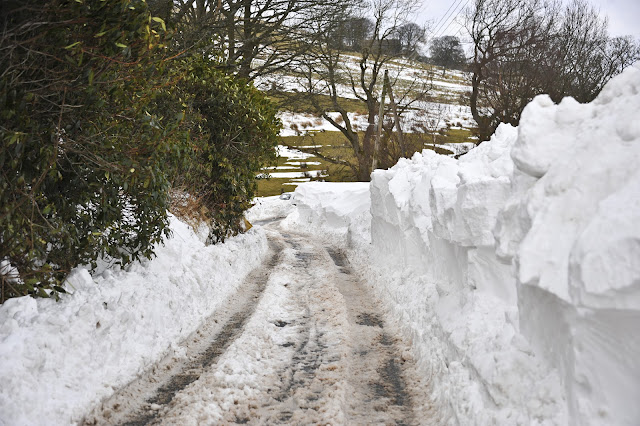 The route crosses some high ground badly affected by the weekend's snowfall and subsequent drifting, as well as some lanes that are still pretty impassable to cars, or more precisely road bikes.

Temperatures between now and Saturday morning will struggle to rise above freezing in these areas meaning thaw is unlikely, and the risk of ice very high. Additionally, the legendary SportSunday cake stall relies on the good will and favour of David and Laura and their friends and family, and I for one don't expect them to stand out in those temperatures for a few hours to feed us all. David and Laura kindly went out today (Tuesday) to bring us a status report and these pics. 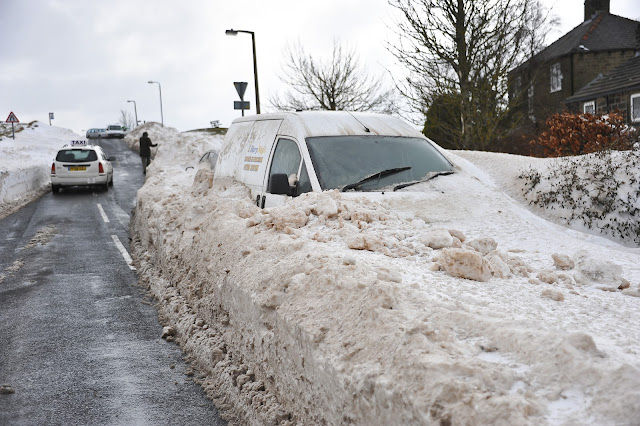 It's unlikely to change much over the week, and I for one am not prepared to risk things.
The Ronde is a social ride, not a challenge event and as such the route is open to those intrepid or daft enough to try it at any point, but you do so at your own risk and in your own time. Alternatively, spend some time with your loved ones eating chocolate and hiding Easter eggs.

Hopefully, we can all meet and ride at a later date in the year, when things have warmed up somewhat.

Alan
Posted by crossjunkie at 15:29 4 comments:

As the worst attempt at Spring for many years continues, conditions on some of the Ronde route can be described as challenging. Whilst many of the roads are largely clear, some huge drifts remain on high ground  and as far as I can tell, there are some hamlets that are still possibly cut off on sections of the route.

Forecast conditions between now and Saturday are not overly favourable to thaw or even avoiding further snow accumulation and ice will be a major problem earlier in the day from freeze thaw conditions.

So, it may well be that it will be safer, and kinder to those lovely folk at SportSunday who stand out and provide our Heptonstall Cake stall, to postpone the Ronde this year, till a sunnier, or at least warmer month. 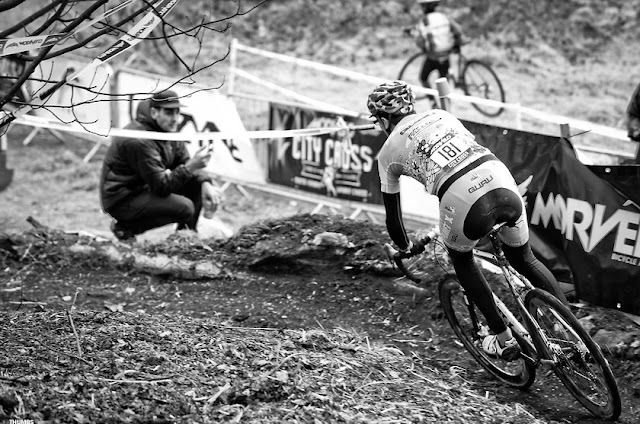 Check out his images of the day:


Posted by crossjunkie at 12:05 No comments:

They think it's all over.....well it is now. Just when they thought the winter cross season was put to bed, up pops an unruly upstart of a race to eke out a little more mud and fun before the long summer months draw in and us crossers long wistfully for cold wet December days once more.

Originally scheduled for a suitably grim-up-North derelict mill in Halifax (see this vid), by a convoluted and presumably somewhat stressful twist of fate, the whole event ended up at nearby location evocatively named Shroggs Tip. Not being known as one of Halifax's beauty spots meant Shroggs was perfect for this gritty urban evolution of UK 'cross racing. Think short and very sharp course, 20 minute heats or motos, scaffolding flyovers, a sand pit, cowbells, jumps, uber steep run ups and best of all a corner with cabbage-throwing kids lurking and heckling and you have the correct recipe for 'cross mayhem. With Planet X/On-One's very own Brant djing everything from Guru Josh to the 'Jim'll Fix It' theme tune from a custom Red Bull sound-truck, there was certainly an atmosphere across the Tip for the large number of spectators watching. 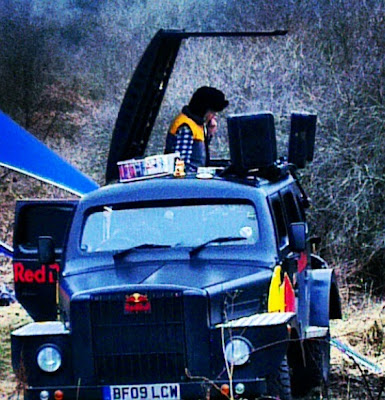 Local and recent 'cross convert Emma Osenton (I've taught her at least a quarter of what she knows...) worked like a trojan with her team of helpers to put on a unique event that was as hard on the legs as it was fun to ride. Not wishing to seem too keen and suffering from a severe case of 'my season is over you think I want to race?' blues, I tried to make sure it was debatable as to whether I would qualify for the final whilst extracting maximum fun. Unfortunately I miscalculated and found my name on the riders list for said final. With an hour to kill, the best option was to scoff a load of fresh wood-fired pizza from one of the many great food stalls, and man up for a proper race. For 20 mins. Which hurts I can promise you, as it became like the start of a cross race that never really settled down and just carried on at the same breakneck pace, with no rest between the many obstacles on the course.

Honour was sort of saved, I smiled for the hecklers and enjoyed the whoops and berms, and as ever the perversely steep run ups. So did everybody else I gather, revelling in the new format and new style of racing. I still want to carry on with good old fashioned 'cross races round a muddy field with a few hardy souls watching out of a sense of duty - that is the heart of cross for me - but City Cross has just won a place in my heart too as an alternative to the seriousness and geekery of full-on 'cross as it was just bloody good fun.
Posted by crossjunkie at 21:23 No comments:

Crossing over with Dirty Harry

Summer 1991, or thereabouts. That was when I last went mountain biking and it was shortly before I had an extended break from cycling for 14 years or so. On returning, I resumed my love affair with cyclocross and ignored its off road sibling discipline completely. It was with some excitement then that I erm, 'appropriated' 'cross team mate Dave Haygarth's Planet X 29er race bike, Dirty Harry and headed for Wales to reacquaint myself with fat tyres and suspension.

Things have moved on a little in the mountainbike world since 1991. There are purpose built trail centres (fancy that), suspension that works and doesn't spit oil at you and bikes that don't weigh a ton. In fact Dirty Harry seemed to weigh little more than my cross bikes despite having a chunky, menacing 'I mean business' look. 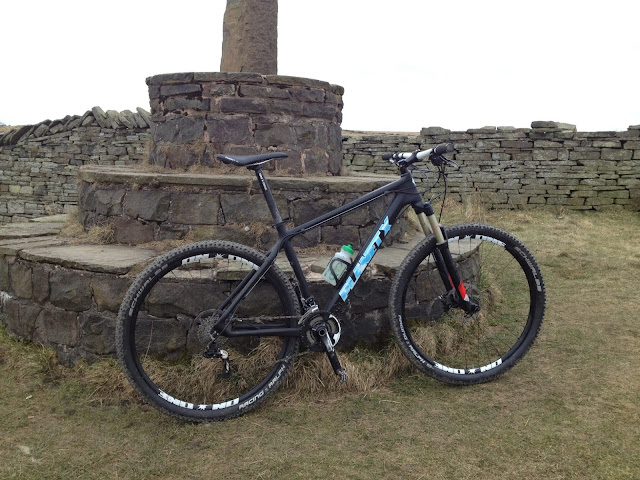 Cue a trip to Betws-y-Coed and a days riding with friend and Stoic Focus coach Greg. Starting with the now venerable but classic Marin Trail and finishing the day on the community-built Penmachno circuit, I managed to build my skills and speed without serious injury to body or ego, as well as racking up a solid full day of glorious trail riding - somewhat of a contrast to the off-road riding that I have done in recent years on a cross bike.

That contrast was mainly in the form of the concentration required to ride quickly on singletrack. By contrast 'cross feels slow, and whilst absorbing and engrossing in terms of technique and choice of line, it has none of the 'video game' quality that barreling through forests and hillsides, barely the right side of in-control brings to the off-road experience. It's all highly addictive, and an experience I intend to repeat soon. If I can just prise Dirty Harry off Dave again....

The video doesn't really do the whole thing justice but does at least go to demonstrate how unfeasibly wide Dave's handlebars are.

Crossjunkie meets Dirty Harry from Alan Dorrington on Vimeo.
Posted by crossjunkie at 10:44 No comments: