As promised, here is some more Women's cross racing featuring the seasonally challenged race from Kalmthout last year. This years race takes place in somewhat warmer conditions, this coming Sunday, but has lost it's World Cup status. The circuit is pretty technical in any conditions but the slush and snow produced some great racing across all categories:

Posted by crossjunkie at 11:42 No comments:

A day on the Peaks big dipper.

4 hrs 6 mins - a full 7 minutes slower than last year. After all that training, all the work on technique, the cunning changes to equipment,  the no-boozing (mostly), the positive self-talk......


See that above - that's a grown man's lip quivering that is. This year, the Peaks was and still feels, like an almost overwhelmingly emotional challenge. OK, and a bit physical too.

From the incomprehensible shock at the steepness of Simon Fell (despite being there many times before), to the heart-rending sight of training partner and confidant Dave Haygarth so obviously broken but persisting on, with a dose of utter loneliness on the road to Penyghent sandwiched in between - heck it felt like a hard year. A rollercoaster of emotions, up and down often in diammetric opposition to the angle of the terrain.


At the finish, all talk was of the tough conditions, windy on the road, boggy off it. Of crashes, and near misses - usual Peaks stuff. It was a hard year no doubt, but as ever I kept things smooth and controlled, mostly.

And I was faster, I 'know' I was. The splits tell a different story - slower on the descents, slower on the road - but that is only half the picture. I flowed more, I took more risks that were calculated and that paid off. The mojo was there going downhill, something I had worked on all year.


Ultimately, however I was undone by wind, wheel sucking bog and a shocker of a transition from Ribblehead to Horton, riding alone and hesitant over how much to save for the final climb to come. Salvation came late in the form of the fast and consistent Isla Rowntree (2nd Lady and current Vets National Cyclocross Champ) and she led me steadily up much of PYG before forging ahead. Some time saved.


Not much left then, other than to make it down safely and quickly. It felt fast down PYG, it was fast, well for me but it wasn't enough to clip under the magic 4 hours like last year. And hence the disappointment. Few were faster this year in the tough conditions, though fellow Belgian and perennial running mate, Richard Allen improved significantly to ride home in 3 hrs 55 mins - a superb effort, the foundations of which were laid as he walked away from me at the very steepest section of Simon Fell. Chapeau, through gritted teeth.

So in true emotional Oscar-winning speech style, I would like to thank Dave for his sharing of the pain of Bull Hill reps and many many wise tips, and Konrad Manning (Rapha) for his co-operation on the road out of Ingleton - now there were two well dressed riders if ever I saw them. Thanks too to my wife Margaret, who indulged her paranoid husband beforehand, cooked all weekend for our guests Greg and Pauline, and even brought the kids to cheer Dad in. And as ever, my now experienced and trusty support crew in the form of Mark who delivered bottles and a bike right on cue - thank you so much and please don't get any ideas about riding in future years..
Posted by crossjunkie at 14:23 2 comments:

4:06
I was quicker up the climbs, and quicker down the descents. So why was I slower?

The physical and emotional maelstrom that is the Peaks is waning now. I shall gather my thoughts, and a few pics and debrief shortly.
Posted by crossjunkie at 18:10 No comments:

I've done it in previous years, but never so close to the event. In hindsight, I don't know why.

Myself and Konrad Manning from Rapha, one of the key brains and brawn behind the Rapha Super Cross series, headed up on this last Tuesday before the Peaks to have a look-see at Whernside. On foot at a jog, of course, due to the legalities of riding in the area, though this is actually the best way to do it, allowing for a more stately perusal of terrain, and line as you progress. 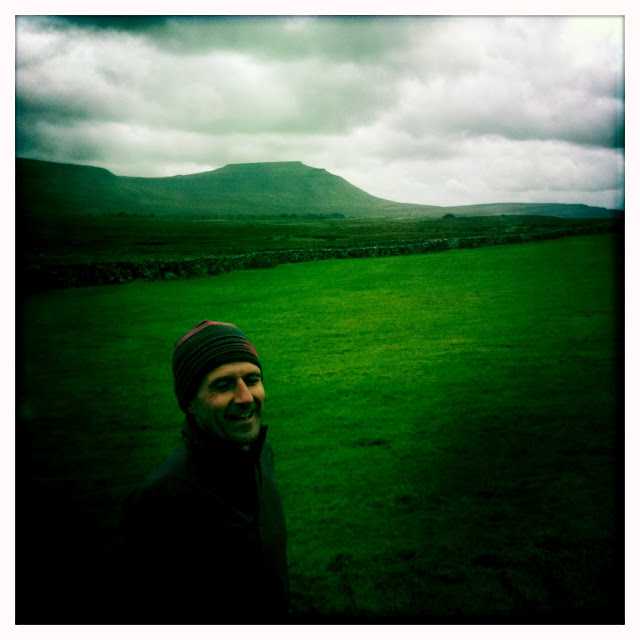 We found a mixed bag of improved surfaces (from last year) and some real boggy and sticky ones due to the recent wet conditions. Make no mistake, at the time of writing this looks set to be quite a wet Peaks, irrespective of any rainfall on the day. That said, as we discussed, considering the terrain the Peaks traverses, and the annual rainfall seen there, the actual route is surprisingly dry, even in a wet year.


More importantly, I have some amazing new lines off Whernside, courtesy of Konrad's eye for detail and scouting ability. These are of course a closely guarded trade secret but will ensure swift and easy progress off what is one of the more intimidating descents in the Peaks.

We also had to pause our descent down the hill to wait for the Air Ambulance to land to evacuate a casualty - a sober reminder of the severity of the environment. It looked like a precarious business as the pilot took several attempts to lay it belly down on the peat bog, having retracted the undercarriage to avoid becoming bogged down.

Incidents aside however, things are looking good for Sunday. Now, about that weather..... 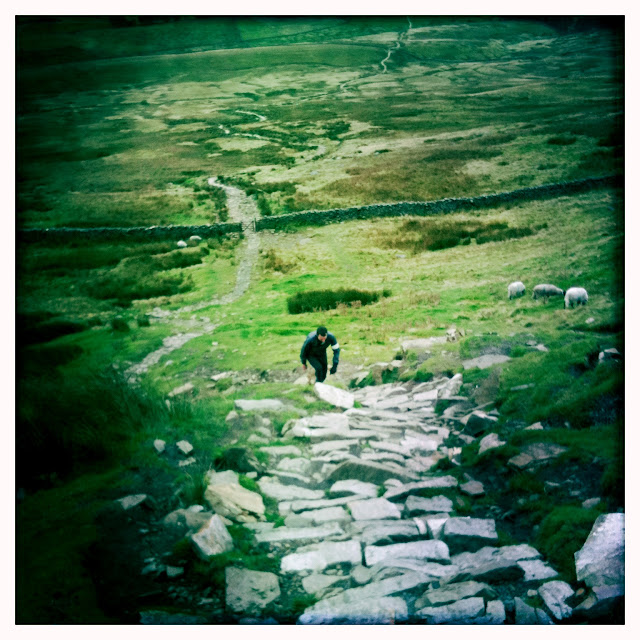 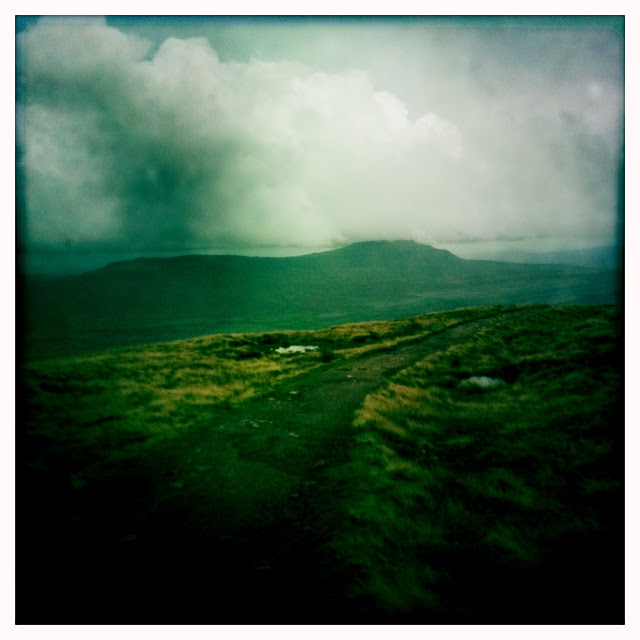 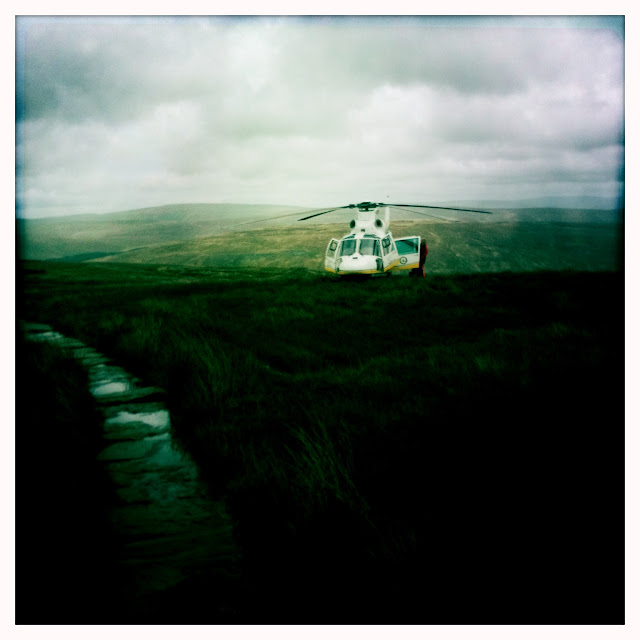 Posted by crossjunkie at 18:24 No comments:

In praise of women's racing...

Last cross season some beautiful and insightful films emerged the web based project 'Petites Reines'. Their subject was the women involved in bike racing, and for these particular films, the women cross racers on the World Cup circuit.

Threading their way between glamour, celebration, technical exposition and art film, they were a welcome addition to the usually male dominated media on cross specifically, and cycling more generally.

It has often been pointed out that there is precious little coverage of female cross racing, nationally and internationally with opinions as to why divided between the sexist and the economic pragmatist. But that is to neglect the one thing that came through loud and strong in the Petites Reines films - that women race as hard and as ruthlessly as the men. Their speed and style may differ but that is, for me, to miss the point. Watch a top level women's race and you watch competition at it's zenith.

And to that end I shall be promoting women's racing on this blog where I can - I get Euro cross races from Sporza TV and often they include a summary of the women's race. I shall try and post this coverage wherever possible.

To get you in the mood, here is a great race i've uploaded from last season, World Cup Round 7 from Pontchateau, France. Enjoy and watch too for the debut of a new Dugast tub, the Pipisqualo - the white and black tub on Marianne Vos's bike.

Posted by crossjunkie at 14:51 No comments:

Getting in the mood.

Not to mention the Get Cross skills day I'm participating in on Sept 10th.
Posted by crossjunkie at 10:59 1 comment:

"MUD. SWEAT. FRITES. COWBELLS.
Quite possibly the most entertaining three days of racing the UK has ever seen."


Just another workmanlike cross race series, like a second tier National Trophy series? Err, no not really. At all. First off, Rapha are throwing a lot of resources, and influence behind this in a way I can't remember ever being done for cross racing before. Think pro racing, amateur racing, scenic courses, cowbells, Belgian beer, frites, a dj and sound system, marshmallow pelting and even a tequila shortcut.


In other words, a good deal like a proper Belgian cross with entertainment, refreshment (mostly liquid), a high degree of silliness and of course some excellent cross racing thrown in for good measure.


Why am I excited, nay giddy, about this? Mostly because it is unlike anything you will have ever seen at a UK cross race, and much closer to the vibrant US and Euro scenes which encourage spectating as much as racing, and therefore provide a much livelier atmosphere than the usual spartan muddy field/urban parkland/sportscentre venue. This for me is the missing link in UK cross - the chance to turn it from a diehard's niche form of cycle racing to something much bigger altogether. And more fun.


I'm also a bit giddy as I've been invited to help promote and hopefully, ride in the events, guesting in the candy striped colours of Rapha-Focus . More on that later as details emerge.


In the meantime, book the following in your diaries:


You don't have to be wanting to race - just come along and spectate as the whole thing promises to be, well, rather super.
Posted by crossjunkie at 12:57 1 comment:

Post holiday blues dispensed with and I'm back into the meat of my Peaks training this year. Plenty of Bull Hill reps, some brick sessions and a mini Peaks simulation. Or two.

I realised I had a route of almost uncanny similarity to the real Peaks just on my doorstep. At least in terms of rhythm, steepness of climb and similar terrain. Albeit a little shorter. As Bull Hill mercilessly exposes your weaknesses whilst strengthening them, this route mimics the on road/off road nature of the constantly changing effort that characterises a successful Peaks ride.

Whilst this lacks the length or severity of the real thing, it is useful nonetheless in my view for staving off the cramp attacks that sometimes bedevil my Peaks outings, given as I believe they are, to be caused by rapid changes in effort between foot and bike.

The keen eyed among you may notice that I didn't finish near my starting point - a further 40 mins on the road steady added to the useful mileage.

In terms of something rather different, I also took the opportunity of a work visit to the Lakes to get in a good run in the mountains. I parked up at Kirkstone Pass and ran up Stoney Cove Pike in the direction of High Street. It had been so long since I ran in the high fells that the feeling of space, solitude and allround 'bigness' was fresh and invigorating. I hope I can remain mobile and fit enough in the coming years to do that more often. As has been the pattern for the last couple of years making the same journey to the same conference at the same time of year, I saw Rob Jebb out riding, as I had in previous years, fresh from his altitude training in Spain. 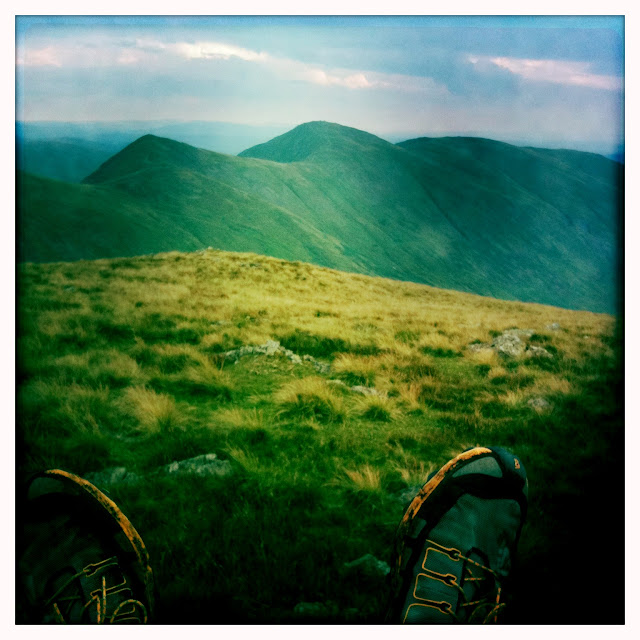 Finally, I took an August Bank Holiday chance to meet up with Konrad Manning, Burnley born but London exiled in his work for Rapha. Konrad came up with a friend, Russ and my ever faithful Peaks support crew Mark took us all on a magical mystery tour through East Lancs moorland, bogs, quarries, ancient woodlands, mill town cobbles and river valleys. Plenty of single track, climbing and carrying all with convivial company. Bike sucking bogs and scarecrow festivals were all part of the mix in what was a great ride. 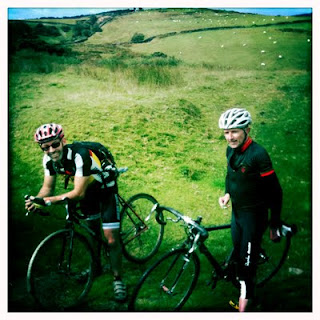 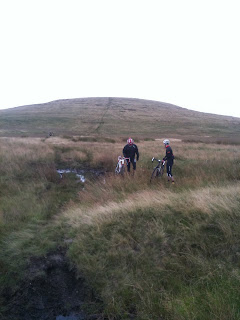 I've been finalising equipment choices too for September - more on that in a later post.
Posted by crossjunkie at 14:38 No comments: