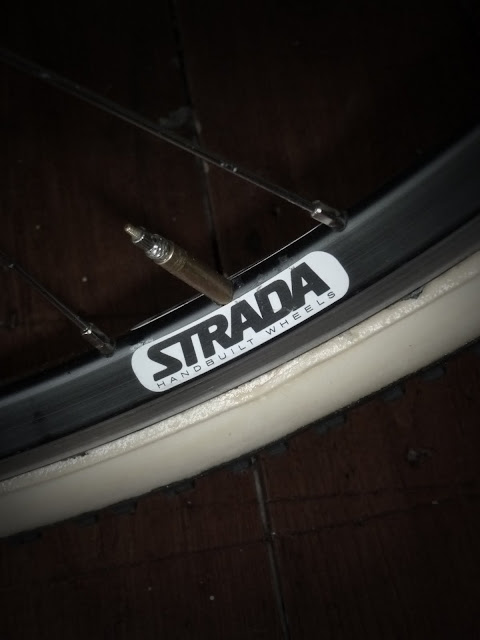 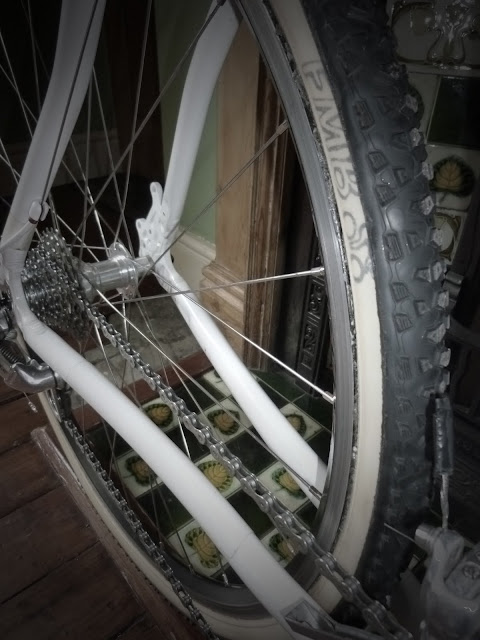 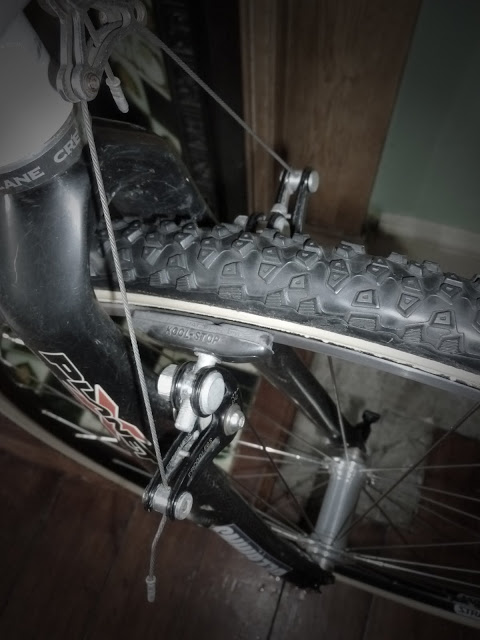 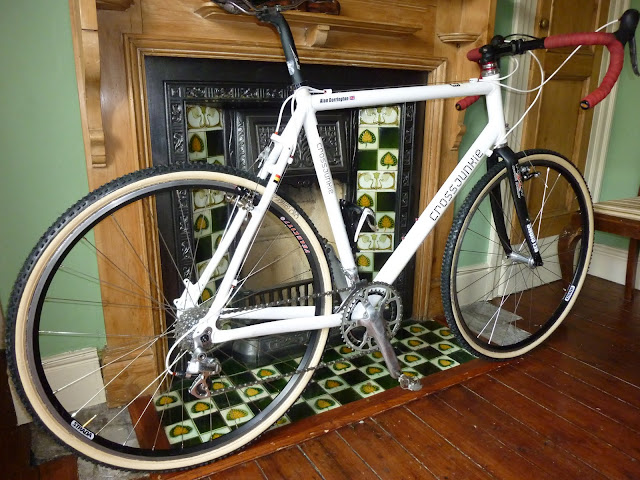 There are a reasonable amount of alloy tubular wheelsets out there in the market and the Major Toms are perhaps a little more expensive than some of these offerings (though not all). They do however have one clear advantage for me - their handbuilt quality - and this makes them a winner and worth paying a little more for. Their performance is spot on for the weekend cross warrior and will not leave you wanting more. Their overall quality really shines through and will reward you for many seasons and because of this I'm confidently recommending them to lots of friends and fellow cross riders who are looking for a new wheelset.
Posted by crossjunkie at 16:32 4 comments:

There's something beautifully simple, yet arresting about riding through the night and into the dawn. It's been years since I did it, but I clearly remember the experience, etched indelibly on my mind as it was, with a full moon and minus 5 degree C temperatures. Somewhat more clement conditions then for a June ride, with clear skies, reasonable temperatures but unfortunately no full moon. 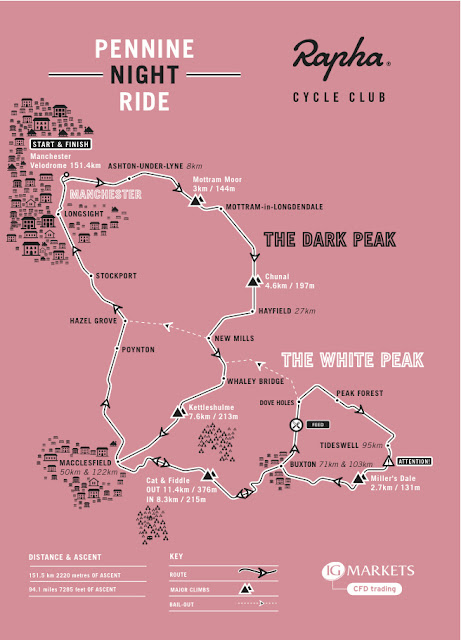 I'd been contacted by Konrad at Rapha after I had already expressed an intention to do the ride, so it was fun to be involved in coming up with a suitable route and fine tuning some of the organisational details for the Manchester spot in the Rapha Mobile Cycle Club UK tour. 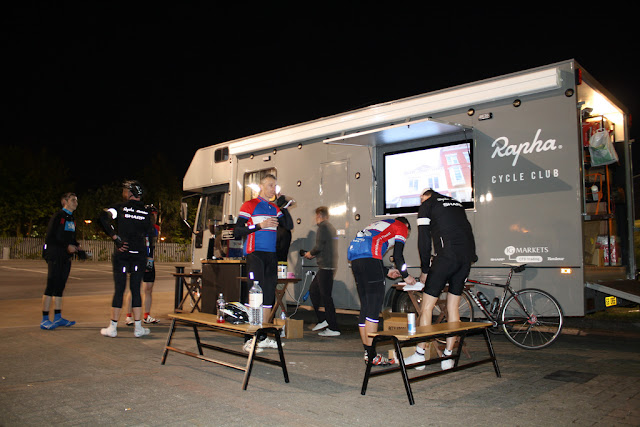 Pic: Konrad Manning/Rapha - signing folks in with the sheen of freshly embro'd legs.....it was surprisingly cold at times.


A small but select band braved the hordes of overexcited female Take That fans spilling into the Velodrome carpark from the nearby City Ground. Fuelled with wild coffee from the legendary Rocket machine, leaving Manchester for the hills at around midnight meant braving kicking out time for the local hostelries, but the group passed through without incident and the view looking back as I led it out on the most direct route out of town, revealed the great sight of a line of powerful headlights heading into a long night. 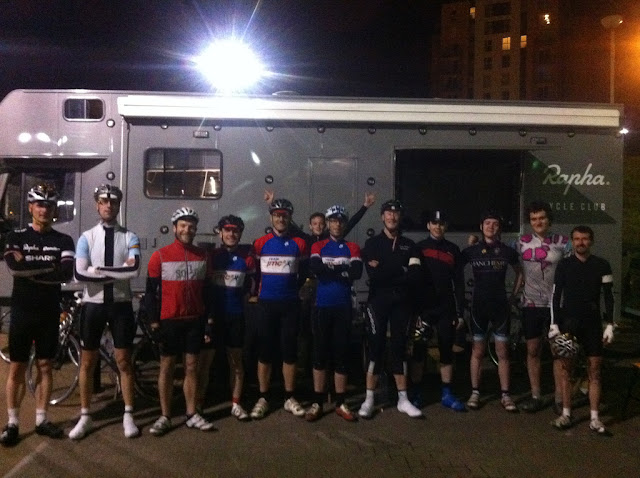 Pic: Ben Lieberson/Rapha - our intrepid group at the Velodrome zinging with strong coffee.


Rapha have long been associated with tough and epic rides, and whilst myself and Konrad wanted to respect this tradition, we had to temper it somewhat with an unknown group and a dark, all night setting. And whilst the group contained a few of the finest 24hr mountain bikers in the country putting in some big miles for summer races (see Jason's report as well as Dave's), it also contained some who were more used to slightly shorter and less hilly adventures. We pressed on through wild dark descents and some tough climbs and into the Peaks proper.

The Cat and Fiddle climb, on my own and in the predawn dark but with the glow of the sun below the horizon was one of the most powerful experiences I have had on a bike. The intensity of feeling of pure physical effort, matched with an affinity for the surroundings caught me by surprise. It was one a few standout memories on the ride and one to be savoured.

We stuck together, just, despite errant sheep in the dark, and made it for a surreal feed stop at 4am near Buxton for coffee and cognac from Ben Lieberson (of Rapha Continental fame) and Kieran Young from the Mobile Cycle Club, who looked after us superbly all night. I also managed to eat my own bodyweight in cake and banana as I had bonked badly just before the stop. 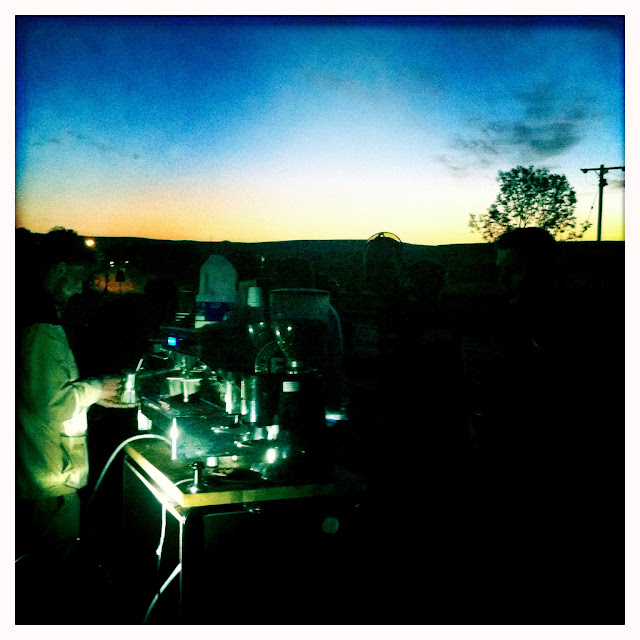 
Onwards into the breaking dawn, it was so special to be out in perfect conditions, in the beautiful White Peak dales and plateaus. One of our party was suffering considerably by this point and I stayed back to ride with him. It was humbling, as I have never seen someone suffer so much, yet have so much desire to push on and continue. Green, grey and white all at the same time, Russ went to places I'm ashamed I haven't been yet, just to keep going. It was inspiring to watch but sadly he finally admitted defeat at Buxton, faced with another 30 miles to go and another ascent of the Cat climb. He'll be back though, I suspect, as I think something changed inside him that night. For the good. 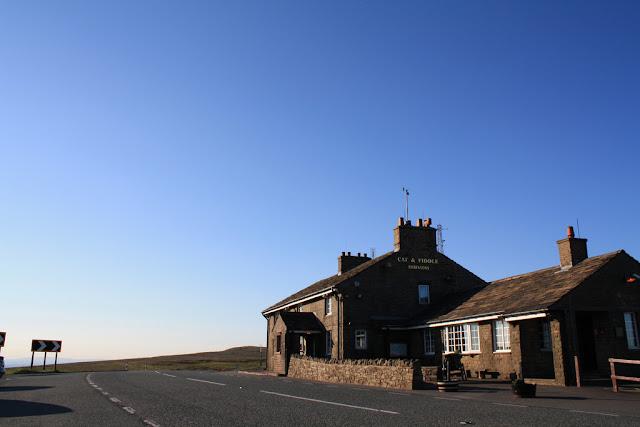 Pic: Konrad Manning/Rapha - Cat and Fiddle for the 2nd time, in the early morning.

The odd hour of the day and differing paces meant the group split now and people went at their own pace. It was a shame though inevitable really, but small groups coalesced on the flat run into Manchester to savour the ride and where we had been, physically or otherwise.

Rolling back out of the Velodrome at 7.30am, and feeling slightly delirious, I drove home to normality and the Saturday morning routine of activities with the kids. I carried with me though, a little piece of that solitary climb up the Cat and Fiddle in the dark - all the reasons for, drivers to, insecurities in and pleasures of, riding a bike wrapped up into a little nugget of truth.
Posted by crossjunkie at 10:20 1 comment: