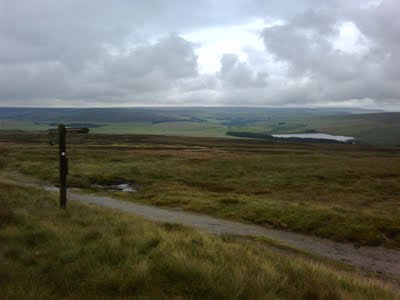 The trouble about committing to writing a blog is that there comes a growing pressure to perform, to write something erudite and insightful on a regular basis. I read with envy and respect some of the offerings out there from many of the blogs listed on the right hand side of this page. Writers who are far more informed, opinionated and talented than I can hope for.

However, there is still merit in the first hand account, the occasional flash of inspiration, the documentation of the seemingly humdrum as I would argue that this is where the true human condition lies.

In this vein I can report that this Sunday gone, I dragged Duncan Here Come the Belgians up to Lancastershiretonside (again) for an offroad reunion in honour of the impending season. Part skills session, part 3 Peaks training and (large) part natter about future plans, we sampled some of the offroad surroundings of the Ronde route.


After a weeks holiday riding on the fen-like landscape of Pevensey, East Sussex it was nice to be back in more vertically challenging terrain. Don't get me wrong, the drained marshes between Eastbourne and Hastings were a super place to ride and a refreshing change - as was the hot sunny weather that the rest of the country appeared to miss. 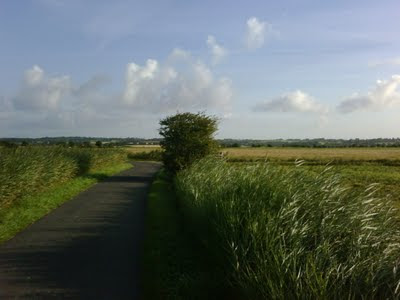 However, back in the mud was where I was itching to be and it was a joy to be out on fat tires again. Its only 5 weeks now till the NW cross season starts and the Tour seems a distant memory already.

Just before I finish, Duncan has also applied his recently much-in-demand talents to a crossjunkie logo/banner. Whilst juggling his day-job graphic responsibilities with requests from stateside blogs and magazines, he has combined mud splatters and diamond treads to bring to life the crossjunkie marque. Cheers Dunc - much appreciated.
Posted by crossjunkie at 12:26